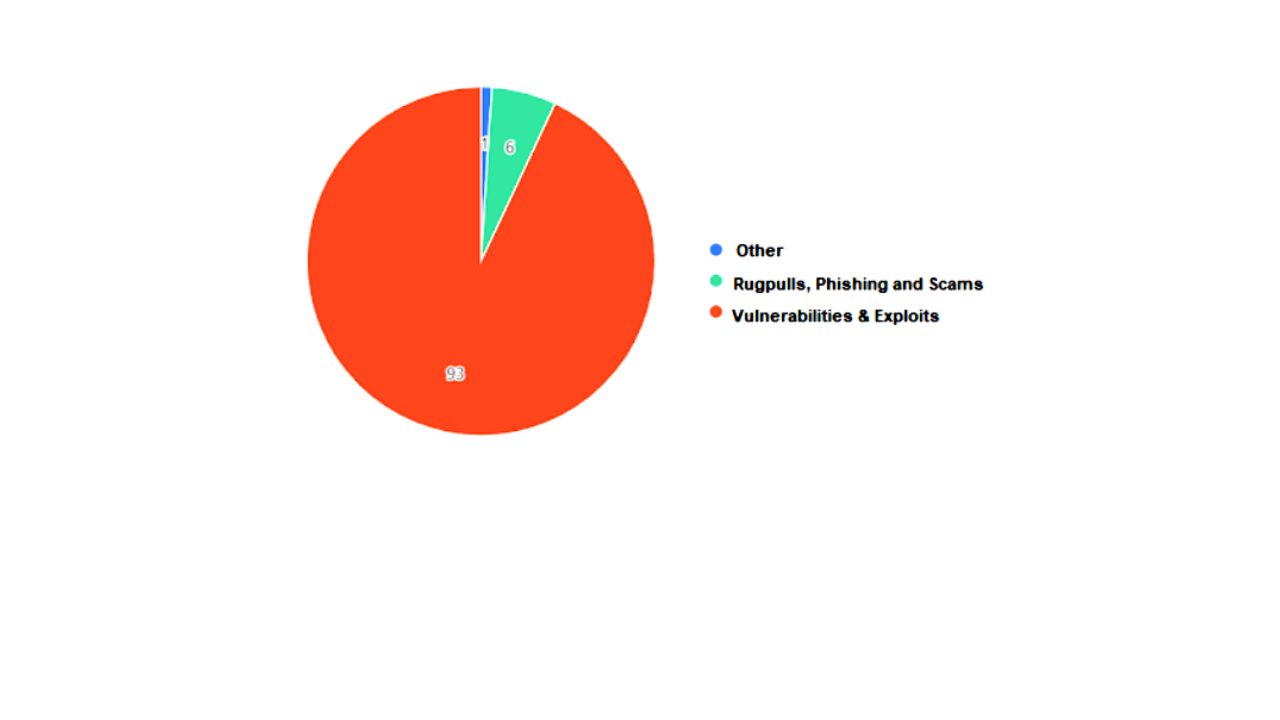 Blockchain projects have taken damages totalling $1.976 billion as of June 30 2022, coming from 187 security incidents in the first half of 2022, a new report has revealed.

Approximately 21% (39 cases) resulted from scams, including phishing & rug pull attacks, with a loss totalling approximately $130 million. This accounted for 7% of the total loss from security incidents.

SEE ALSO: EXPLAINER GUIDE: How to Back Up Your 2FA on the Blockchain in 3 Easy Steps

According to SlowMist Hacked, an ongoing tracker of blockchain security incidents, there were around 100 DeFi security incidents as of June 30 2022, with damages exceeding $1.63 billion. This sector is proving to be one of the more vulnerable with incidents across various chains as we have illustrated below:

Statistics on Dune Analytics, indicate that the total locked-in value (TVL) of Ethereum’s 15 biggest cross-chain bridges was about $8.39 billion dollars.

The TVL on Ethereum bridges is as follows:

Cross-bridge incidents account for 64% of DeFi’s total losses and 53% of total losses overall in the first half of the year, according to the report.

“Cross-chain bridges, as a crucial infrastructure of the multi-chain ecosystem, bear a large amount of capital flow and provide considerable ease to consumers.

However, it poses numerous security and decentralization challenges, necessitating projects to increase its security, risk management, and other capabilities.”

From the 187 security incidents that were discovered in the first six months of 2022, the report divided attack types into 4 categories which represented 95% of all incidents:

When it comes to exchanges such as Binance and Crypto.com, the report reveals that ‘there were four trading platform security incidents worldwide in the first half of the year, with losses exceeding $77.7 million.’

RECOMMENDED READING: Crypto Thieves Have Stolen Over $1.3 Billion in Q1 2022