The 3-day Kilifi experience kicked off with panels, workshops, and keynotes all held in the open under 3 baobab trees doubling as stages throughout the venue. 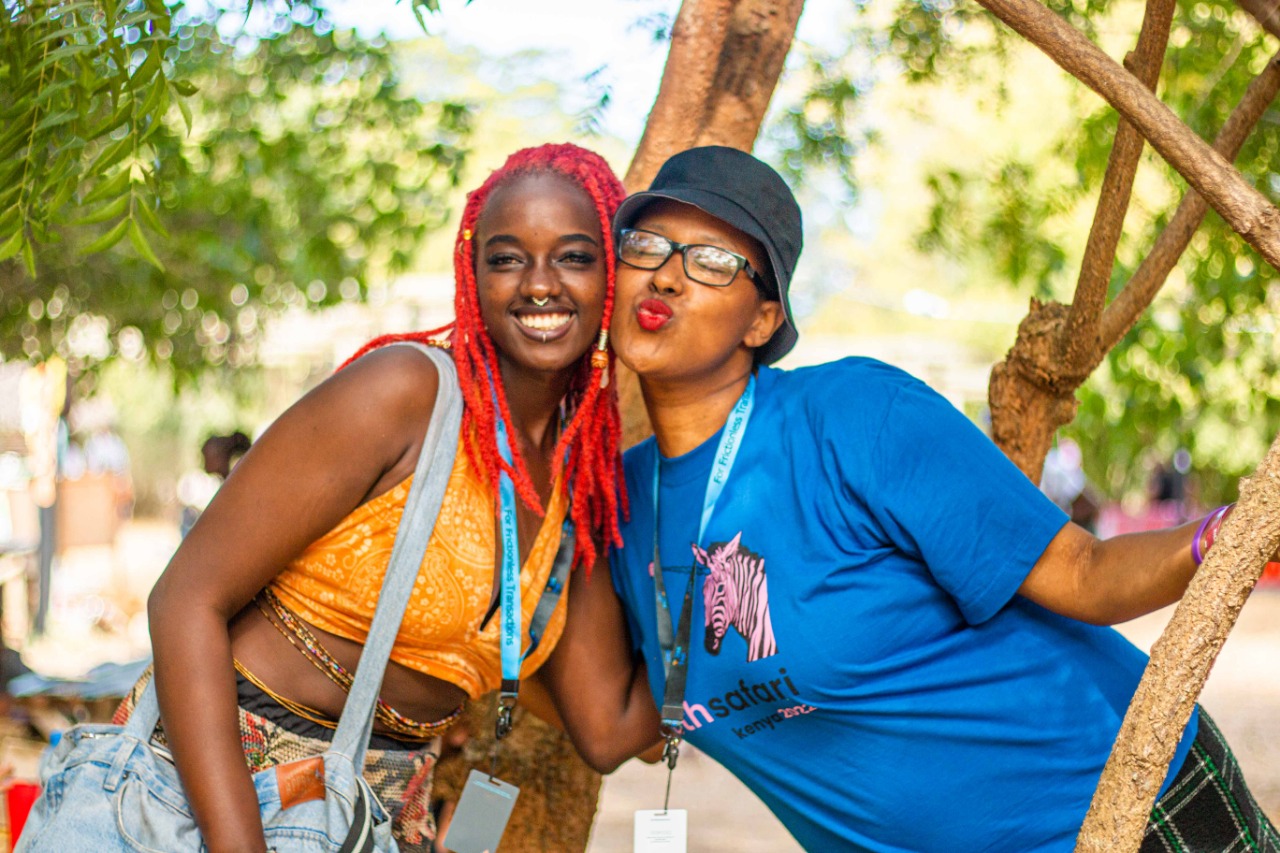 ETHSafari, dubbed the greatest ETH event to come out of Africa, was undoubtedly the first of its kind, at least in East Africa.

The conference attracted and brought together crypto experts from across the globe into Kenya to experience and showcase magical Kenya in the world of crypto. 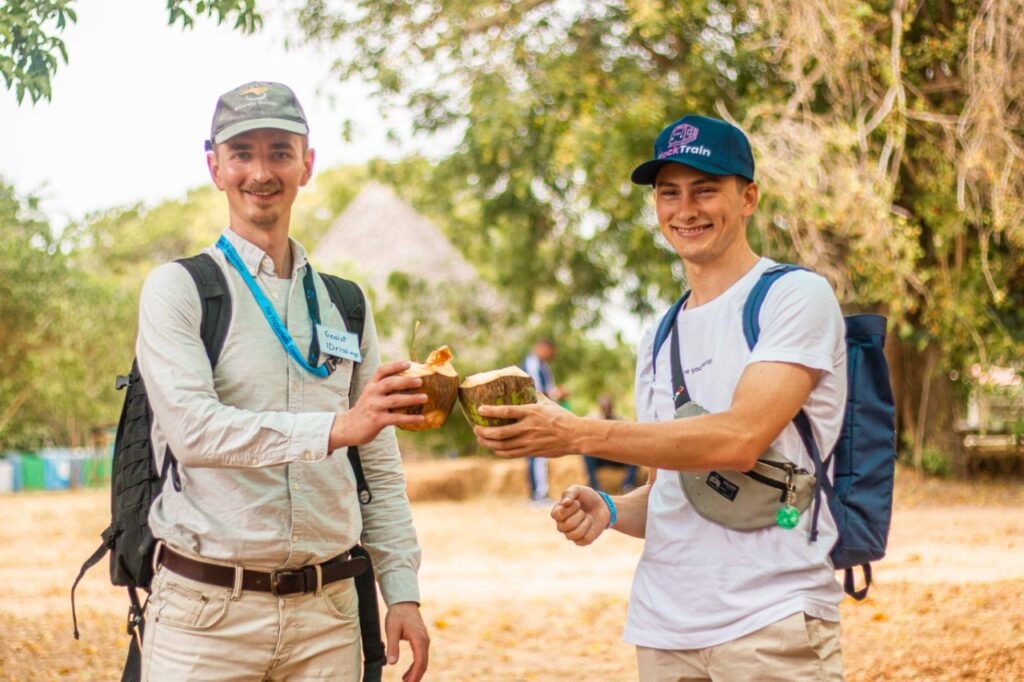 The event, put together by a Kenyan and international team of Web3 enthusiasts, entrepreneurs, ecosystem growth partners, was organized in a decentralized manner, truly living up to the ethos of decentralization.

The 7- day conference attracted over 300 participants from over 30 countries that included:

Following a series of events in Nairobi across various locations, it was time for the ETHSafarians to board the Madaraka Express for Kilifi, a vibrant tourist town on the coast of Kenya. 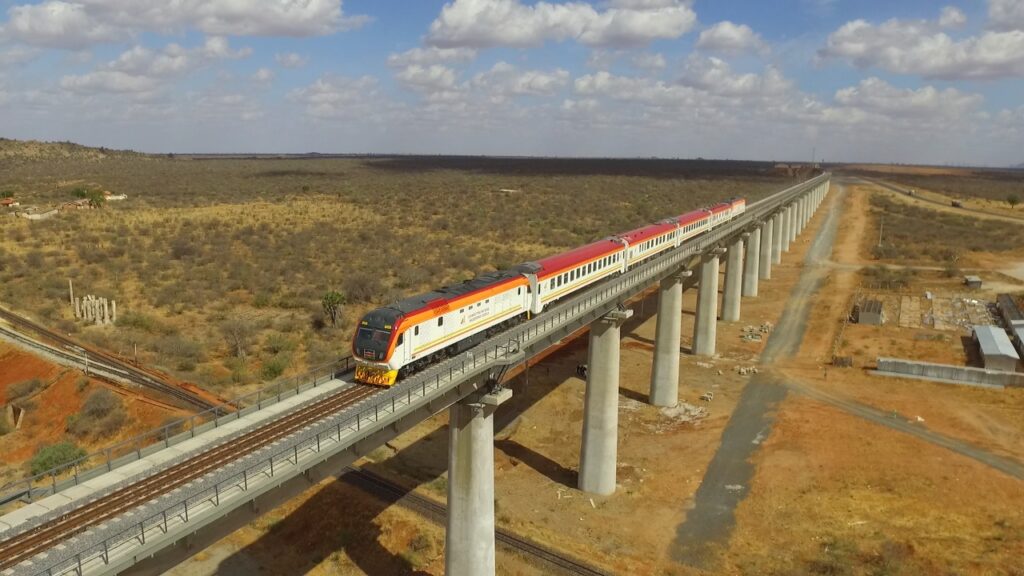 The ‘Blocktrain’ experience included traversing the vast Kenyan Savannah, the wild of the Tsavo national park, and of course, the reputable Kenyan wildlife. Through the train windows, you could spot the beautiful Kenyan giraffe, wild elephants of the Tsavo, and the hairy forest monkeys in their natural habitat.

Upon landing, the ETHSafarians were greeted with a traditional Mijikenda tribe dance and an exotic view of baobab and palm trees, and what would be their home for the next 3 days, appropriately, ‘Beneath the Baobab.’ 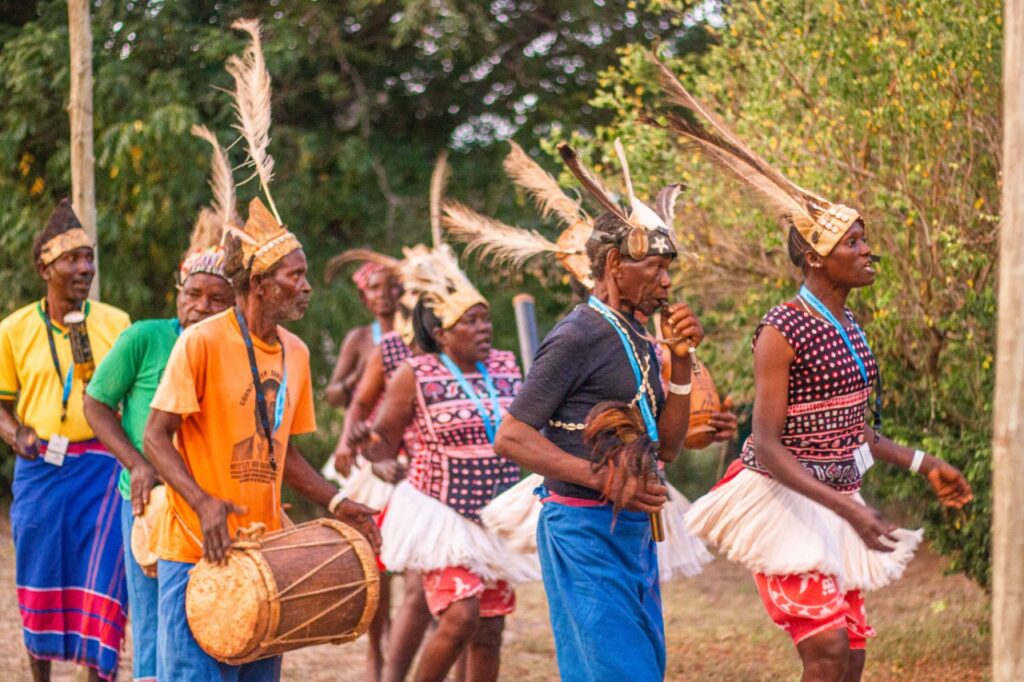 And of course, there was plenty to do by the beach as well 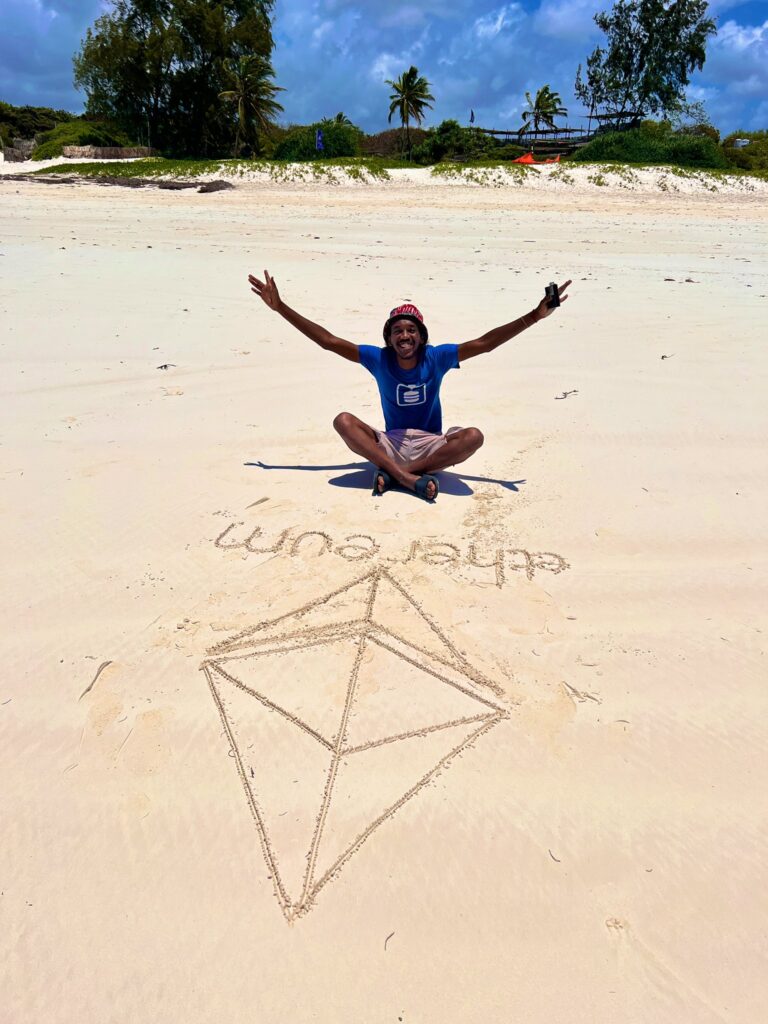 The 3-day Kilifi part of the conference kicked off with panels, workshops, and keynotes all held in the open under 3 baobab trees doubling as stages throughout the venue. 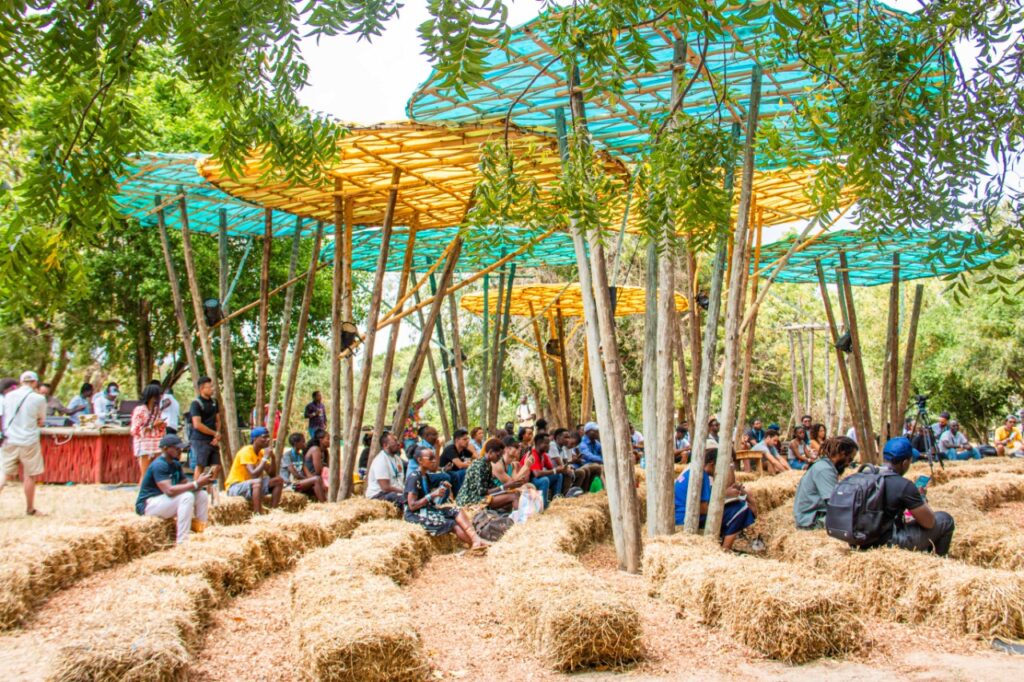 The Main stage featured various panels focusing on Web3 opportunities in Africa in DeFi, gaming, metaverse, Dapps, as well as social aspects such as diversity in Web3, funding and investments in Africa. There was also a discussion on crypto regulation and lessons from past experiences.

A panel that attracted a lot of interest was the on and off-ramps discussion that included two startups – Kotani Pay and Bitlipa – that are building the crypto ramping rails for Africa.

'We need to communicate the benefits of #Web3 to bring in the volumes and the masses.' – Apollo, CEO, @Bitlipa_ #EthSafari pic.twitter.com/b8nF5VAAst 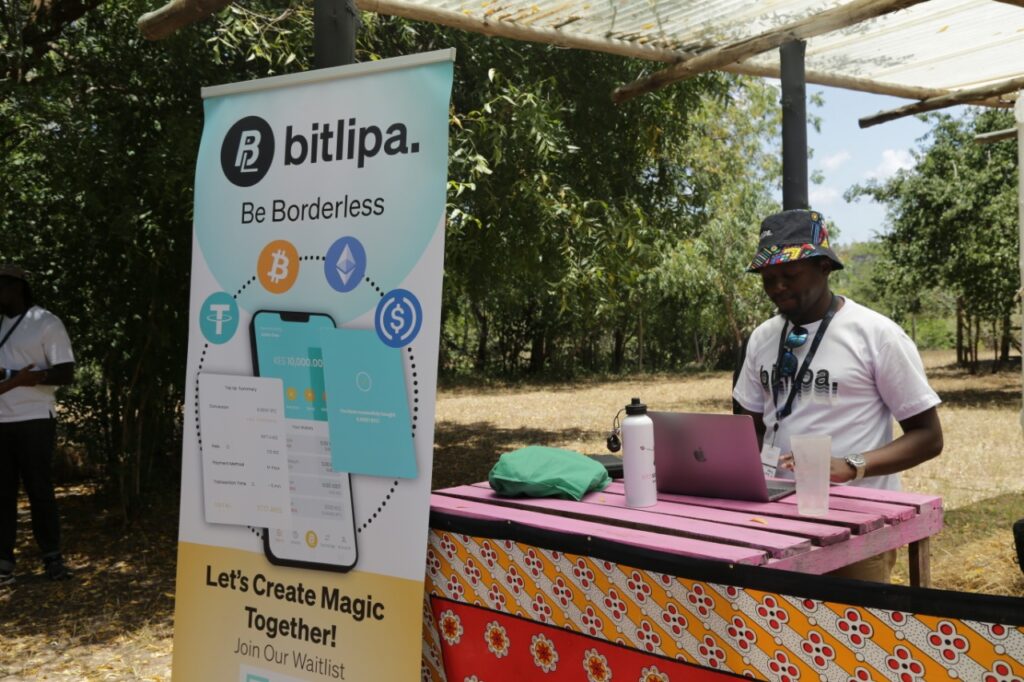 The End Consumer Crypto panel was also of particular interest as it featured startups building for the end consumer in Africa such as HoneyCoin and Satoshi Real Coin. The panel was moderated by BitKE. 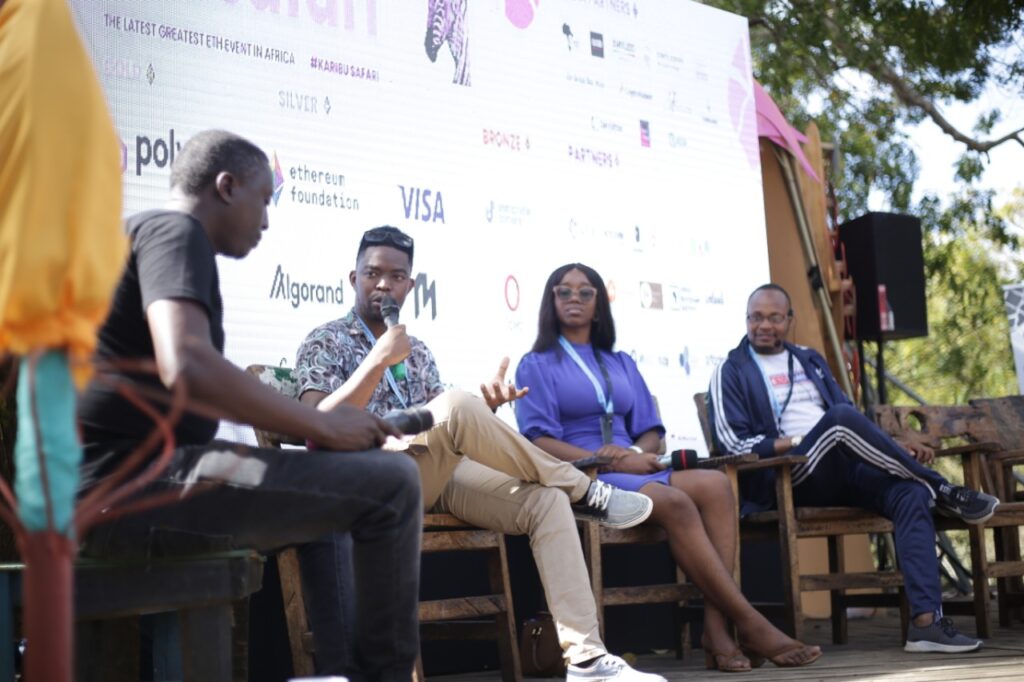 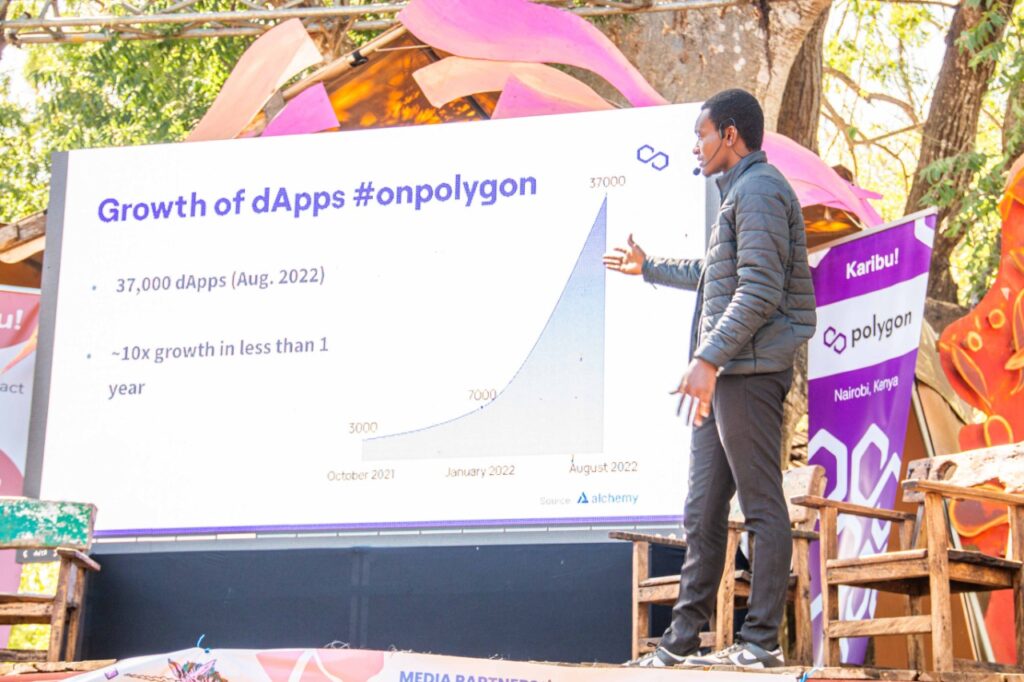 Among key panel sessions on the Baraza stage was the ‘Startup Showcase’ that included a look at Summertime.finance DeFi project and Senshi.game projects built by African Web3 developers.

Of course, the booth sections also provided more learning opportunities for the attendees as well . . . . sort of. 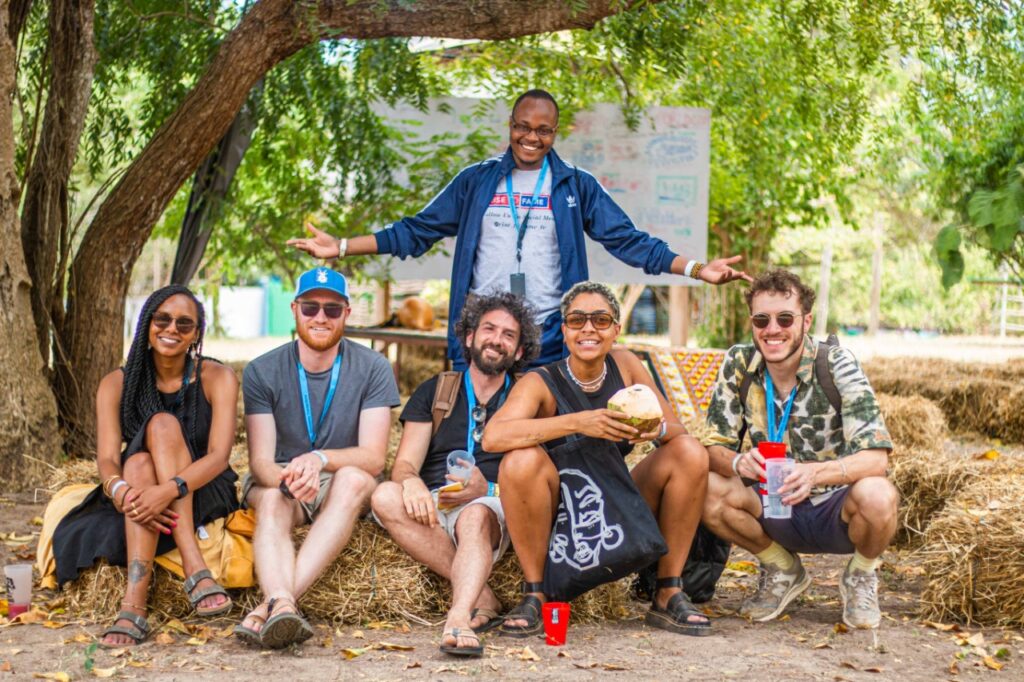 And great distractions too 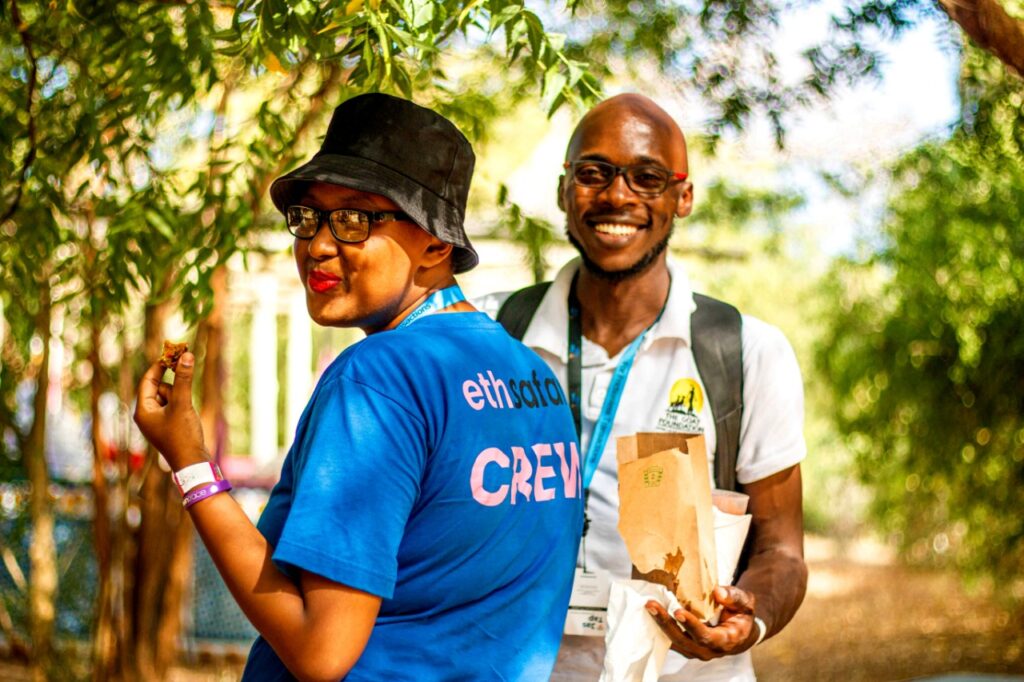 There were plenty of booths to learn from 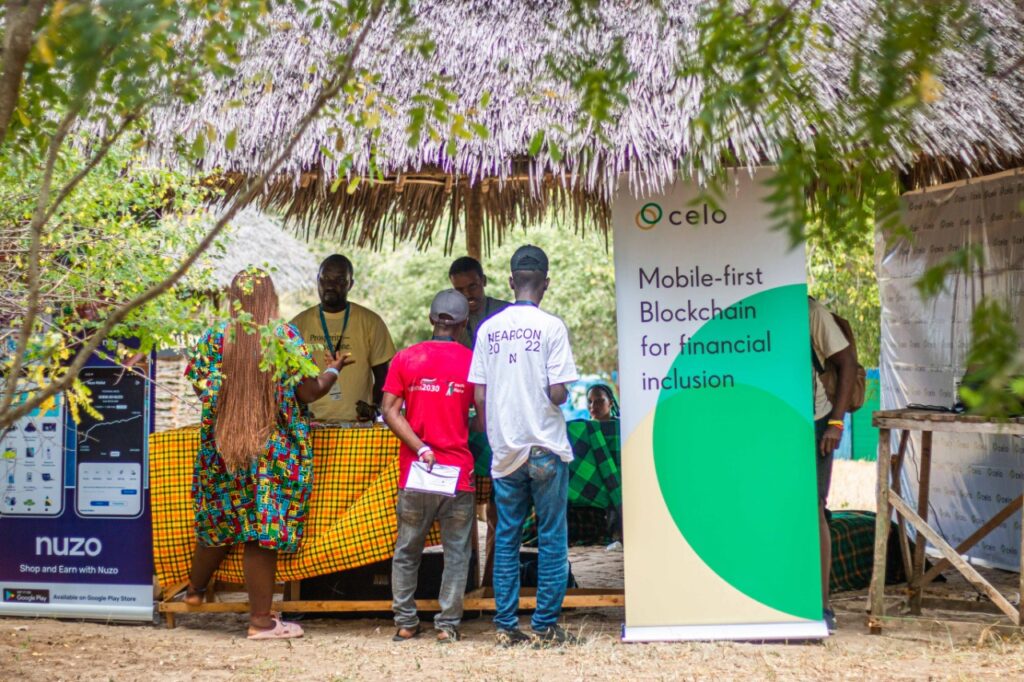 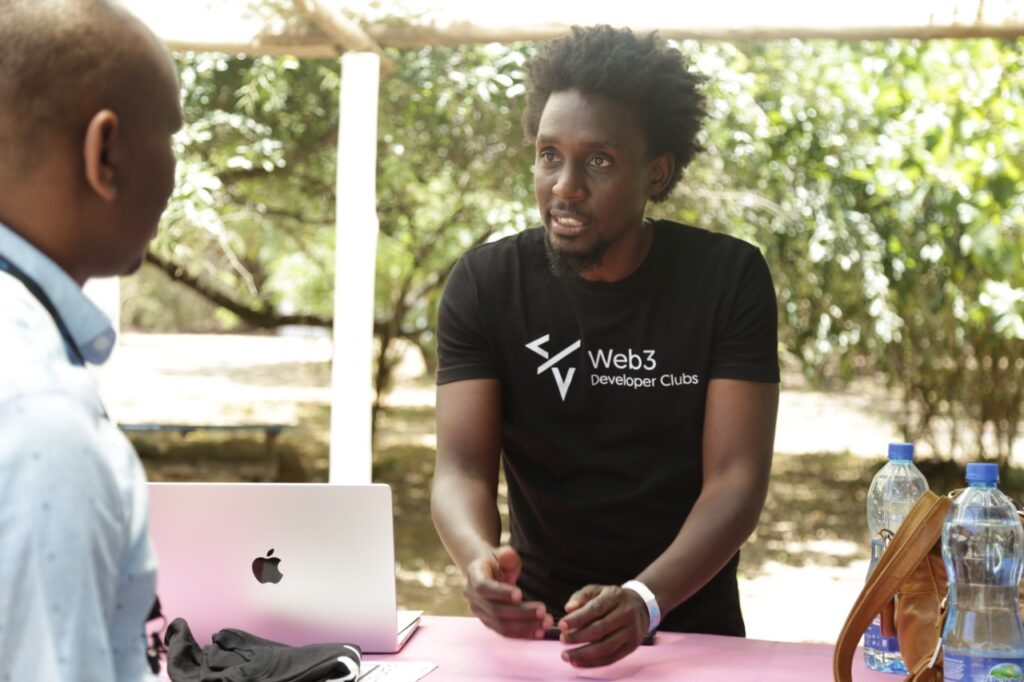 (The Web3 Clubs, the leading Web3 educational initiative in East Africa, were on location.)

Immersive experiences under the baobabs were in plenty as well. 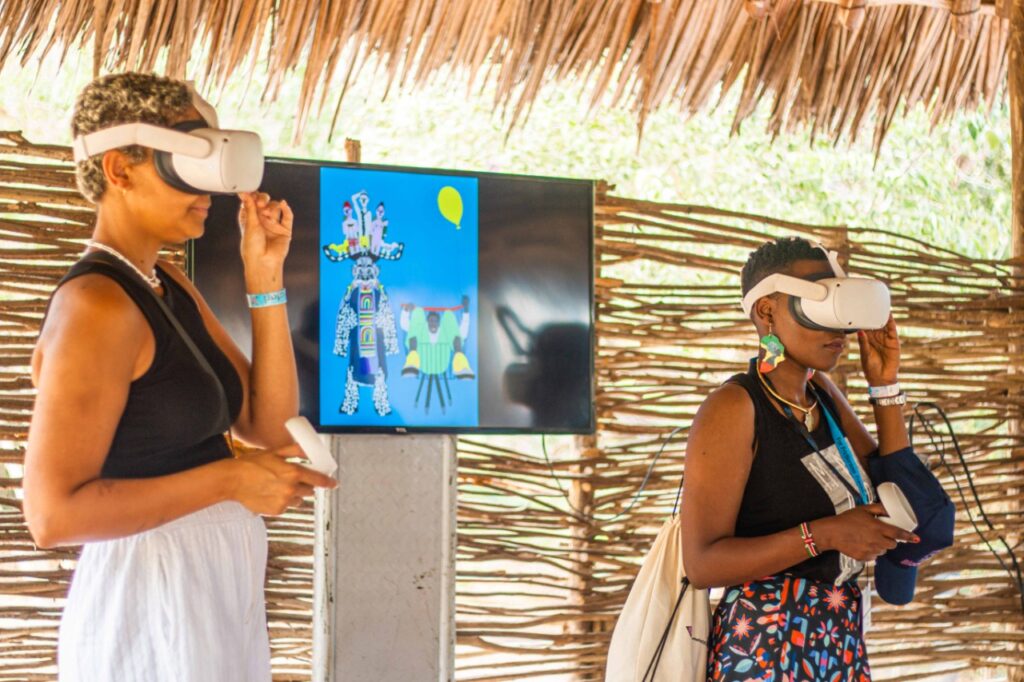 A few could be seen trying out new experiences 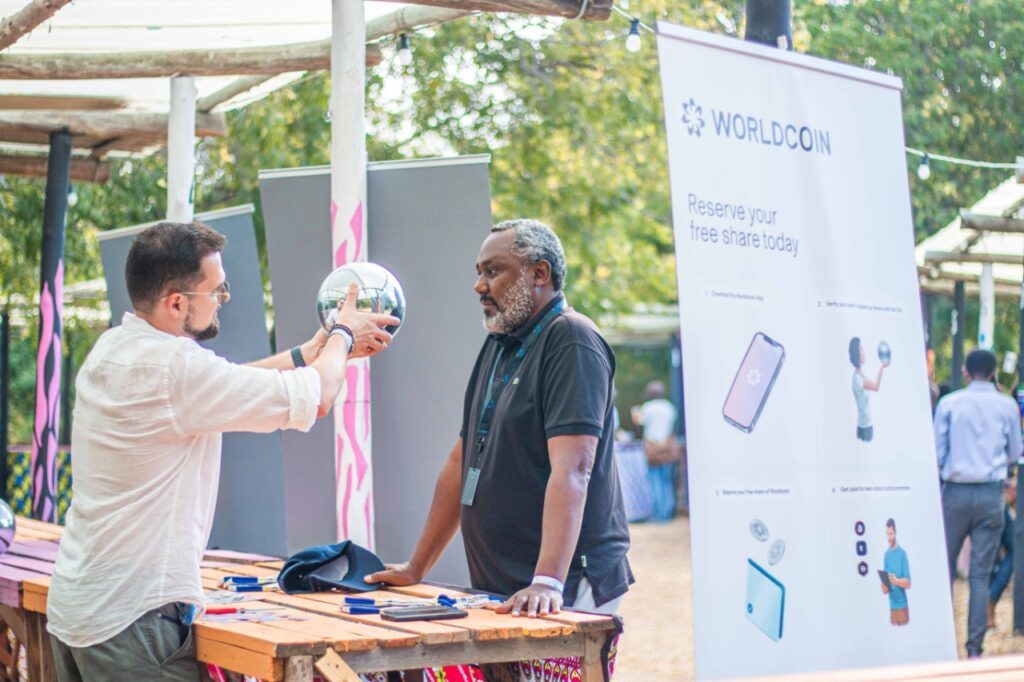 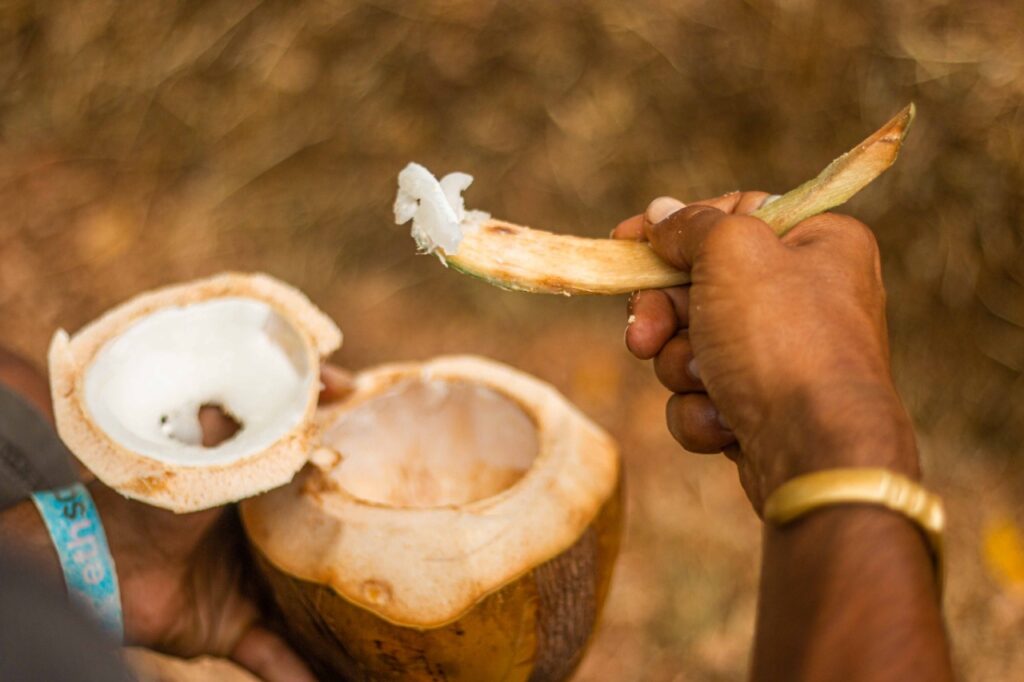 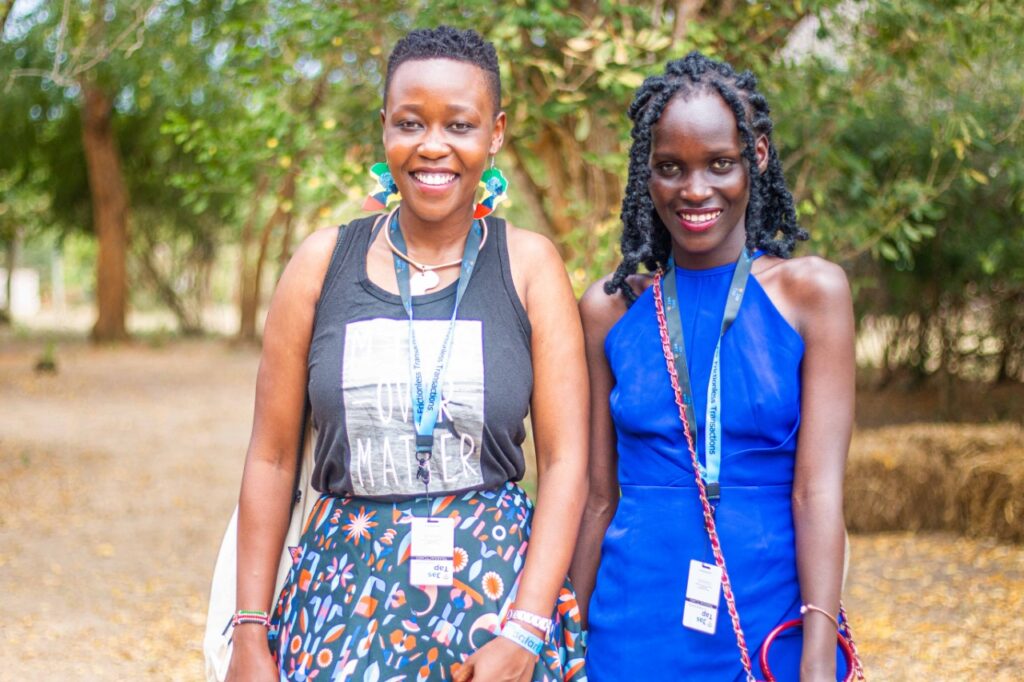 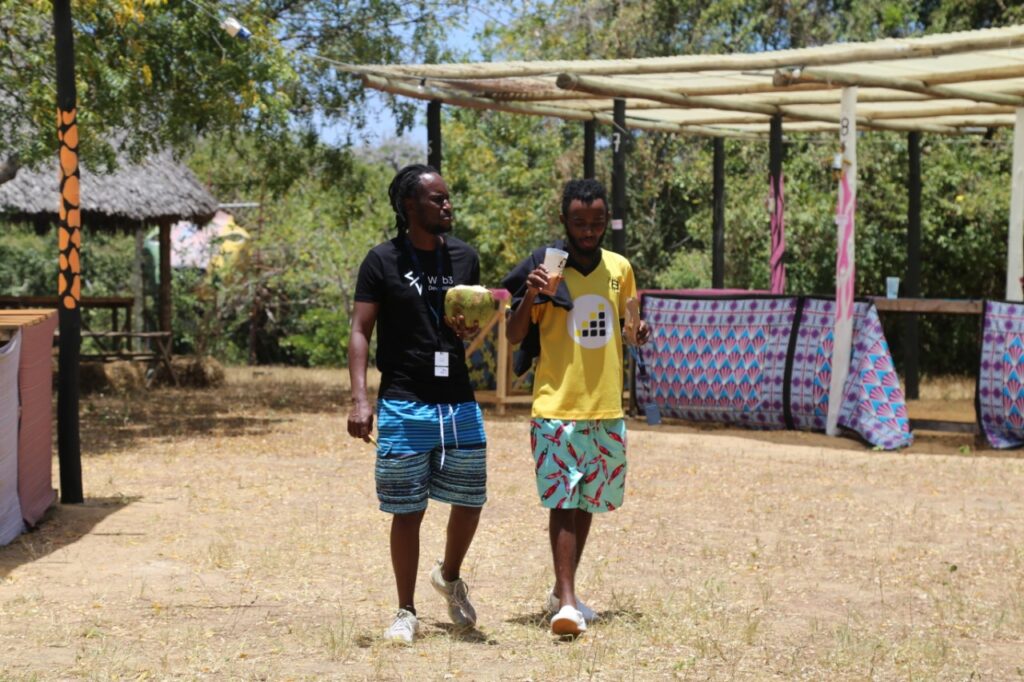 Hay! Look where they sat! 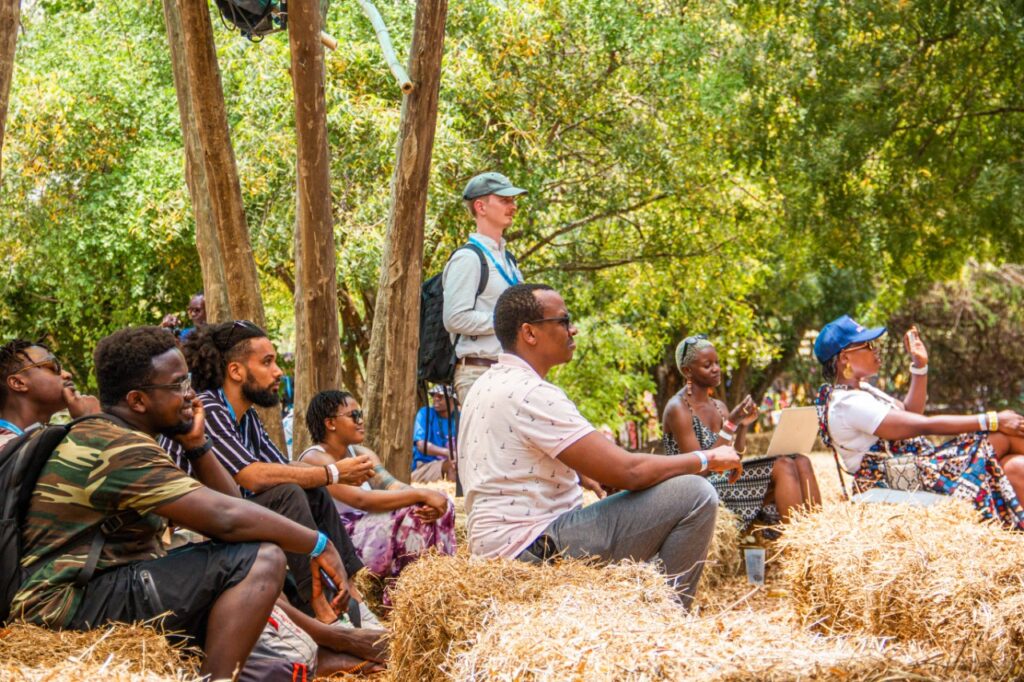 The Valley Stage featured some of the best attended sessions such as the ‘DAO Ni Nini – How & Why’ panel which included some popular and upcoming DAOs, most notably, BanklessDAO, JuiceboxDAO, and PandaDAO. 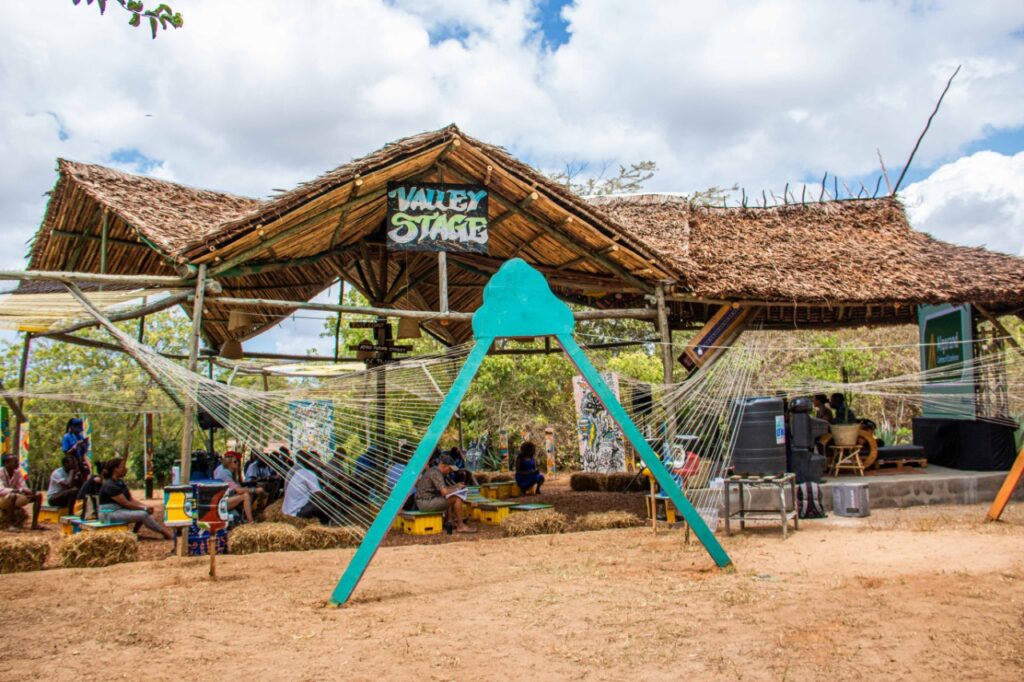 Speaking of DAOs. here is one upcoming DAO that has big plans for Africa 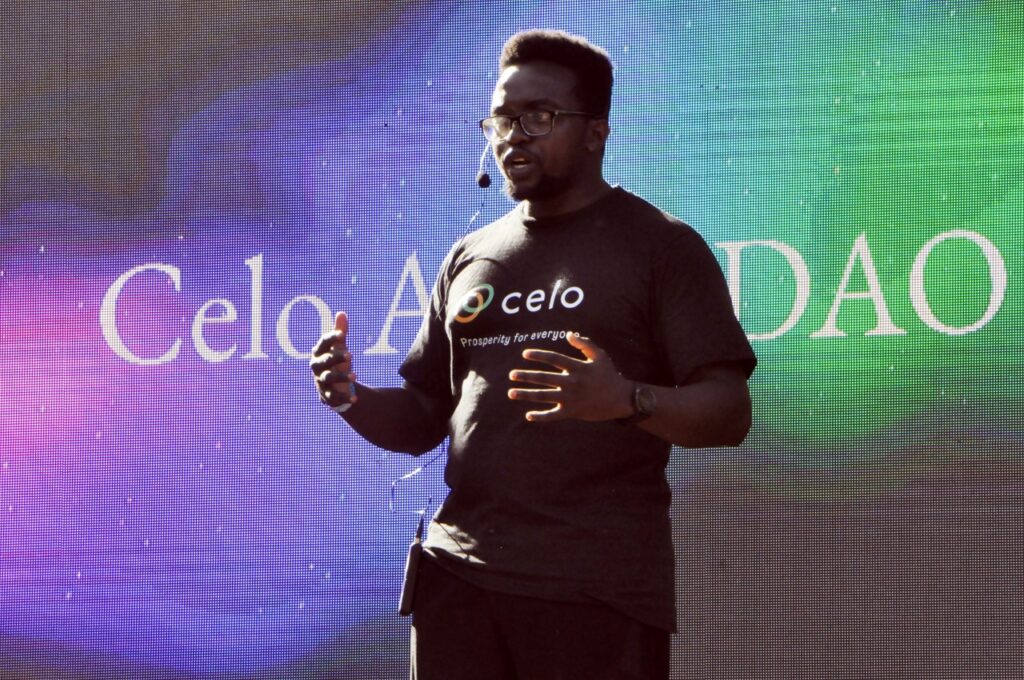 The stage also featured yet another well-attended panel titled ‘Tokenisation – A New Tool for Startups to Bootstrap and Provide Community Ownership’ which included the popular Benkiko platform providing cross-border remittances to Africans via stablecoins. Other startups on the panel included UTU, Nuzo, and Jia.

The conference sessions ended on a high as the ETHSafarians were treated to a screening of the TRUST animation and the announcement of the ETHSafari hackathon winners. 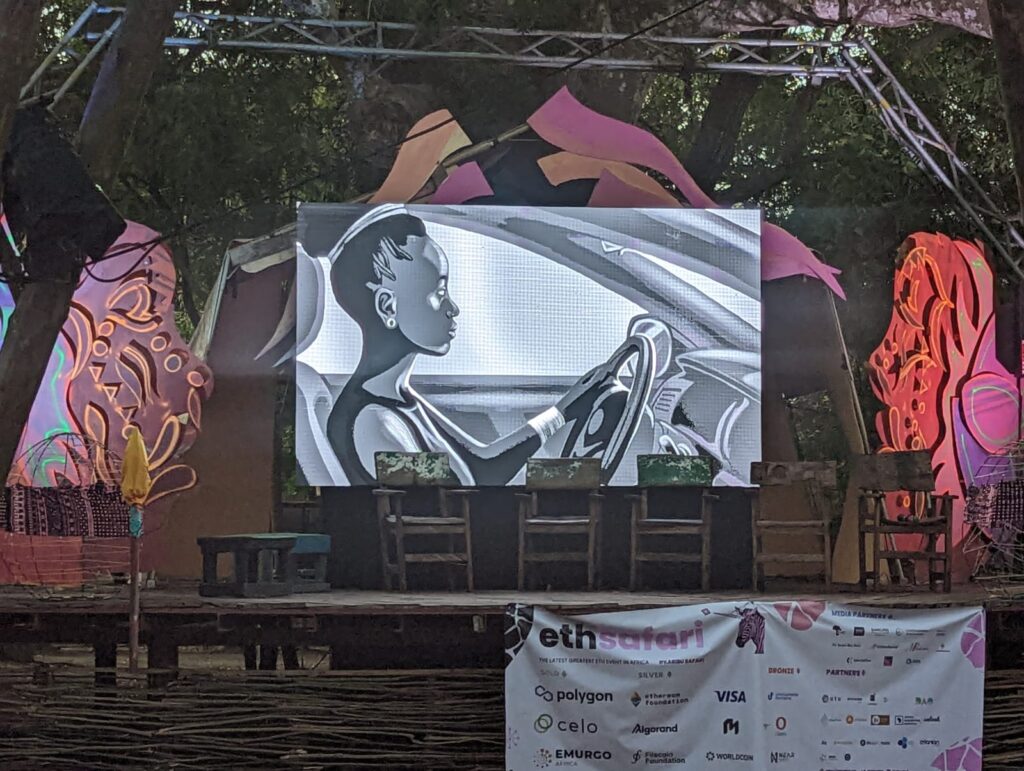 The conference culminated with an all-night fiery festival overlooking the adjacent baobab forest, all under yet another gigantic baobab tree.

An exhilarating dance brought the #ETHSafari conference in Kilifi, Kenya🇰🇪 to a fiery end! pic.twitter.com/zLYOh3TUe7