To be compatible post-merge, Ethereum requires node operators to run both an execution layer client, and a consensus layer client 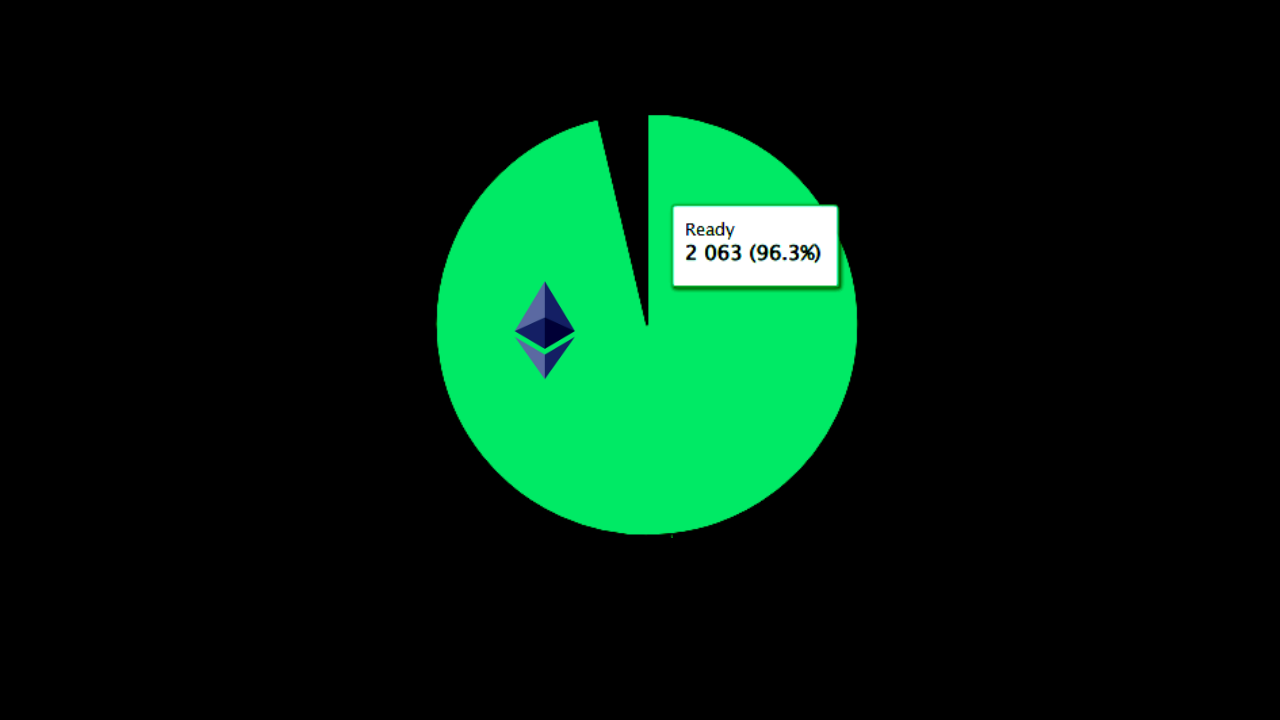 With just over a day after the Ethereum Merge, stats show that 96.3% of all client nodes are now on Proof-of-Stake (PoS).

This is in comparison to 16% of Ethereum operator nodes a day before the Merge who had not upgraded their client software to the recommended status risking loss of their ability to confirm transactions to the Ethereum blockchain.

The 96.3% shift, as of this writing, comes as a plan by miners to fork the blockchain and keep a proof-of-work (PoW) blockchain version was brought up prior to the Merge.

In a Twitter thread, EthereumPoW (ETHW), the project to fork and keep an Ethereum PoW blockchain, announced that they would do a hard-fork 24 hours after the Merge.

ETHW mainnet will happen within 24 hours after the Merge. The exact time will be announced 1 hour before launch with a countdown timer and everything including final code, binaries, config files, nodes info, RPC, explorer, etc. will be made public when the time’s up.

According to reports, the miners behind ETHW are concerned about losing their revenue stream from mining.

Here is an update on ETHW post-merge:

ETHW has been supported on @officialpoolin

Data from EtherNodes indicates that 96.3% of operator nodes have done the required upgrades and are ‘Merge-Ready’ with only 3.7% remaining ‘Not Ready.’

The Merge represents the joining of the existing execution layer of Ethereum with a new PoS consensus layer, the Beacon Chain thus eliminating the need for energy-intensive mining, and instead, secure the network using staked $ETH.

As such, Ethereum operators who stake $ETH will add new blocks to the chain rather than miners who mine blocks based on computer power. In both scenarios, nodes from anywhere in the world run versions of the EVM (Ethereum Virtual Machine) on their computers – whether it is the legacy PoW layer or the Beacon PoS Chain that has also been running parallel to mainnet since December 2020.

Anyone with a computer that can connect to the internet and with 1-2 terrabyte in available storage can run a PoS node and verify transactions, even though you will have to stake $ETH to propose blocks.

To become a node operator you need to run an Ethereum client software on your computer.

These are the leading client software distributions: