Over the years, the platform has gained more than 400,000 users since it launched 5 years ago in 2017 as LocalEthereum. 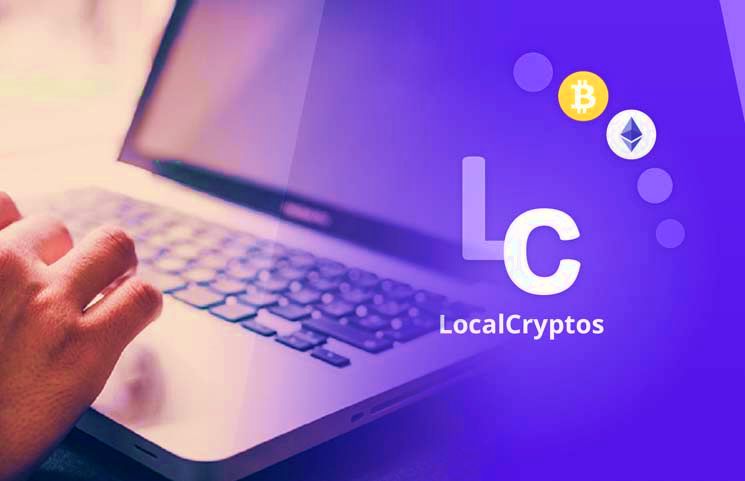 LocalCryptos, which innovated a non-custodial web-based wallet for P2P crypto trades, has announced it is gradually winding down its services.

The announcement comes on the 5th birthday of the platform which originally launched as LocalEthereum in 2017 before rebranding to LocalCryptos 2 years later.

On LocalCryptos' 5th birthday, we're announcing the tough decision to begin to wind down the marketplace. This will be a gradual process taking place over the next couple of months — LocalCryptos still remains operational. Read our full announcement: https://t.co/MwP0btPH3V

Part of the statement reads:

“After five successful years, we have decided to wind down the LocalCryptos platform. This will be a gradual process taking place over the next couple of months. We understand that our loyal users won’t be too happy to hear this news, and we apologize.” – LocalCryptos

Over the years, the platform has gained more than 400,000 users since it launched 5 years ago in 2017 as LocalEthereum.

“We had the idea of using an Ethereum smart contract as a peer-to-peer trading escrow mechanism, rather than a middle-man, and using a new cryptography-in-the-browser technology to power a non-custodial web wallet that can interact with that smart contract,” said LocalCryptos in a blog post.

The team saw this as an advantage that could help P2P marketplaces get mainstream adoption compared to other P2P marketplaces that, despite employing similar technology, required users to download an application to use them.

“It didn’t take long for Bitcoin to become the dominant crypto on LocalCryptos. By September 2020, roughly 50% of new trades were being completed in Bitcoin.” – LocalCryptos

The platform has grown tremendously over those 5 years. In an email to BitKE, LocalCryptos announced the P2P trading platform was seeing huge growth in Africa, with a growth spike of 75% in July 2022.

Several factors informed the decision to wind down its services as outlined in the announcement post:

The LocalCryptos website will remain online indefinitely for its wallet user interface while also keeping and upgrading the Bytes Newsletter.