"Who knows, we might actually be in the last days of the central banking system as we know it." - Yemi Osinbajo, Vice President, Nigeria 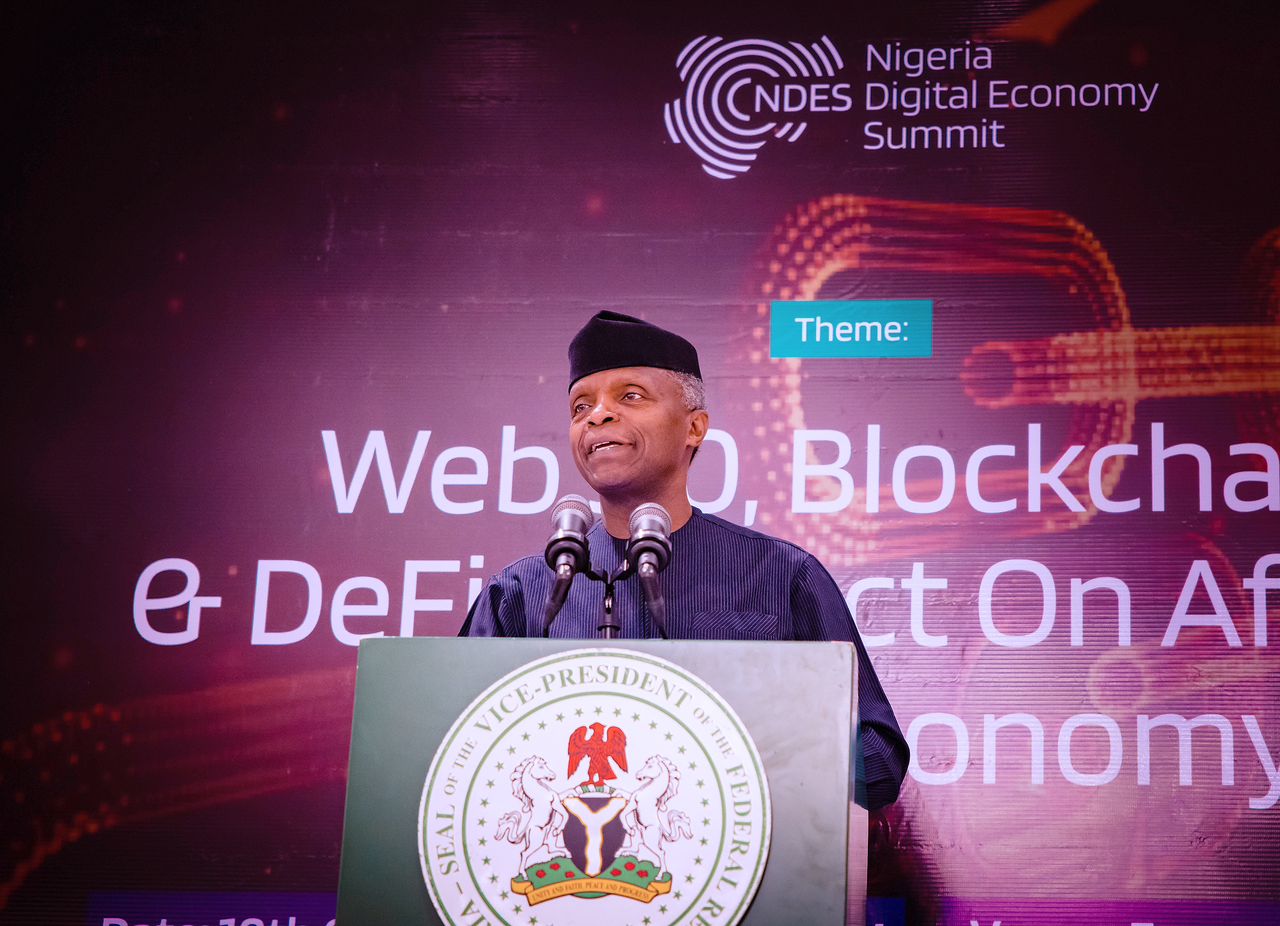 Nigeria has a great opportunity to become a world leater in Web3, Yemi Osinbajo, Vice President, Nigeria, has said.

According to the Vice President, the only thing that would prevent Nigerians from being world leaders in the Web3 revolution is a lack of vision. He noted that the country missed out on the internet’s growth due to lack of the necessary technologies.

"In 1989 we did not have mobile phones, so we could not take advantage of the reach and depth that mobile telecoms gave digital innovation and financial inclusion.

We are now better positioned to be significant players in #Web3."

A whole new world is unfolding before our very eyes, unlike Web1 and Web2 where we were relatively disadvantaged.

We are in the early days of Web 3.0. Its defining components, as we can already see, are blockchain technology, smart contracts, DEFIs (Decentralized Financing), tokens, both fungible and non-fungible tokens (NFTs); and the whole range of token economics; unlike Web 2.0 where data is mostly centrally stored. Web3.0 data will be interconnected in a decentralised way and will also be machine-readable. – Vice President, Nigeria

According to the Vice President. Web3 and blockchains bring about several changes and benefits:

The Vice President noted that central banks will have to rethink their roles since blockchain will challenge the centralization of monetary authority with its clear imperfections.

"Who knows, we might actually be in the last days of the central banking system as we know it."

Speaking on regulation of the crypto markets, Osinbajo said:

“We must set clear rules to enable crypto markets and trading in other digital assets.

Identity in the #Web3 age is a key development. It means the user owns his or her own identity and personal data."

Osinbajo noted that Nigeria has already proven it has the talent, creativity, and acumen to build and grow major tech companies.

At the last count, we have 6 unicorns and many more on the way. But we must spend time on the development of digital skills.