"We started mining and realized there are certainly other people who mine in Africa and not just us. We found a few other companies. Right now there are 5 members." - Patron, GEMA 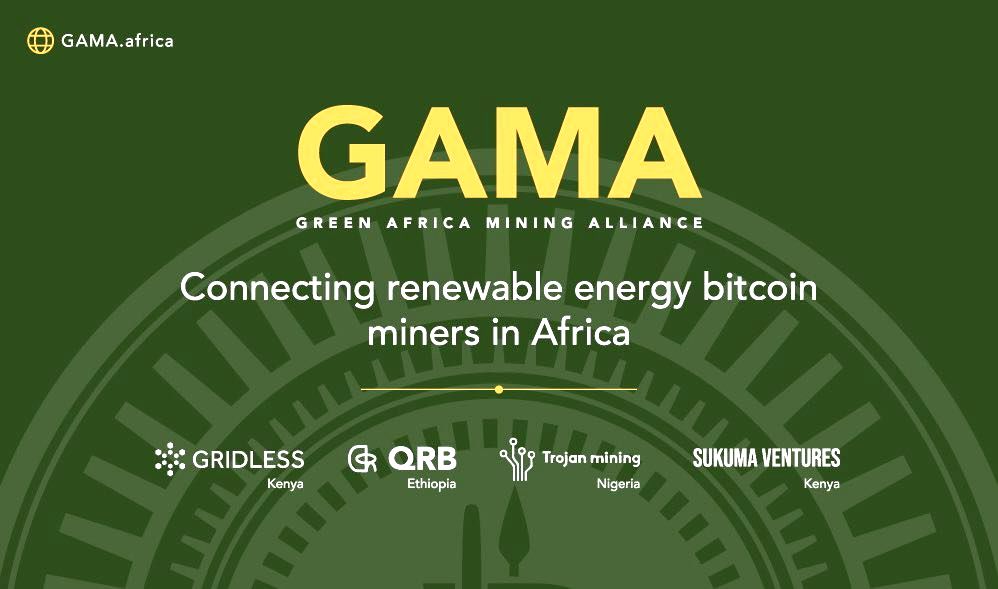 The new Green Africa Mining Alliance of Africa (GAMA) has officially launched on the sidelines of the Africa Bitcoin Conference 2022 held in Accra, Ghana.

The association is an initiative by Gridless, an East African bitcoin mining startup which recently raised $2 million led by Jack Dorsey’s Block company.

Speaking to BitKE, Erik Hersmann, Co-Founder of Gridless and the Association’s patron said:

“We started mining and realized there are certainly other people who mine in Africa and not just us. We found a few other companies. Right now there are 5 members. We said, lets come together, lets form an alliance where we can help each ther, but we can also help other people who want to help other who want to get started with bitcoin. We can’t do it all!” – Co-Founder, Gridless

Currently, the association is composed of teams mining in the following countries:

The new @GAMA_alliance is launching today, which is a way for Africa’s Bitcoin miners to network and help each other as we all work to proliferate hashpower across the continent. #afrobitcoin pic.twitter.com/dhrVusXzBu

Mining is one of the ways that helps secure the bitcoin network by adding extra distribution and decentralized layers and nodes which further makes the network resilient to censorship and compromise.

Using green energy makes this even more exciting and sustainable:

Bitcoin is the world's biggest user of clean energy. And it's getting cleaner

Another 12 use emission negative sources (~2% of network)

Speaking about the funding by Stillmark and Block that would help further grow the association and its efforts on the continent, Gridless said:

“Stillmark is focused on investing in companies that are helping to advance the Bitcoin ecosystem in ways that offer sustainable value and solutions to many,” says Alyse Killeen, Managing Partner at Stillmark. “Gridless does this by bringing a socially and environmentally conscious approach to bitcoin mining, one that provides tangible benefits by way of access to electricity for communities in rural parts of East Africa. The Gridless leadership team is comprised of veteran entrepreneurs in the technology space with substantial roots in the region. They are well-respected amongst their colleagues and peers, and we are excited about the opportunity to further support their efforts.

Block is keenly focused on helping to accelerate global renewable hashrate. Gridless represents a close strategic alignment with our vision of ensuring the bitcoin network increasingly leverages clean energy, in combination with bitcoin computational centers around the world,” said Thomas Templeton, Lead for bitcoin mining and wallet at Block. “This work can support positive community externalities while also helping to secure the distributed infrastructure behind bitcoin’s monetary ecosystem.”

“While bitcoin mining has been dominant in North America, Europe and Asia, Africa presents a great opportunity to further diversify mining across the globe, helping to better secure the network,” added Hersman. “Renewable energy is abundant on the continent. This presents excellent potential for profits for both energy generators and miners as well as the ability to deliver real positive impact on the communities where it is put to use.”