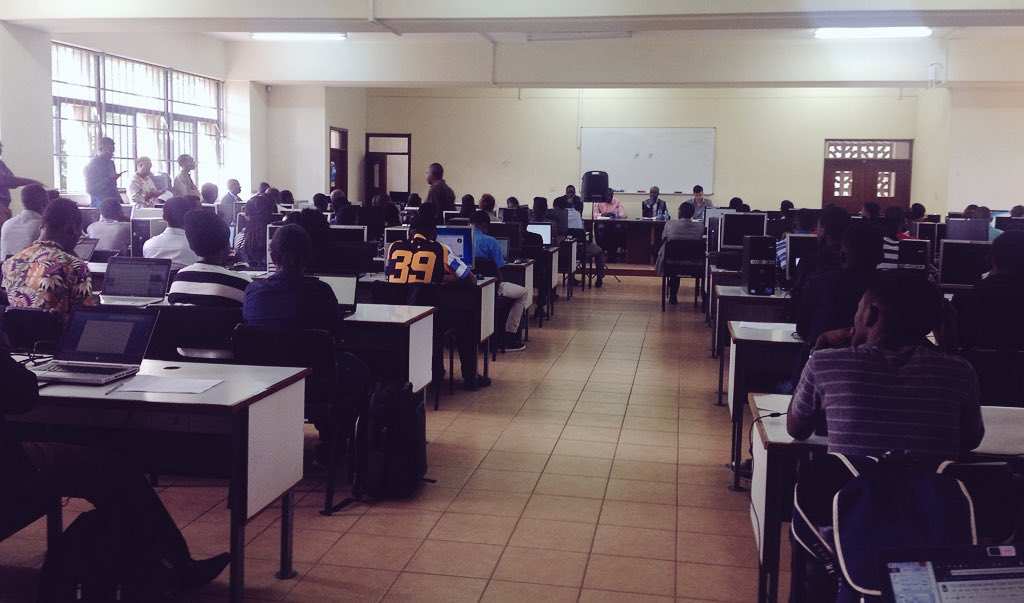 Ether Africa brought together students from the UoN, School of Computing, to discuss Blockchain and the crypto economy

One of the greatest opportunities and innovations that Africa stands to benefit from is the blockchain technology. However, one thing is missing from this $400B ecosystem, and that is the developer community on the African continent.

Kenya is already well-positioned to be the hub of this growing technology and one of the spaces that can offer an opportunity to enable growth is in Kenyan universities.

In order to bring more awareness and grow the need for blockchain education among public and private universities, Ether Africa founder, Lamine Diallo, was in the country to help promote and push for the needed education in the space.

Lamine organized an event at the University of Nairobi, School of Computing at Chiromo, to help bring about an awareness of this much-needed, and much hyped, technology to both teachers and students of the faculty.

Speaking Out for Blockchain Education

According to Michael, “There is such a huge opportunity to become the first and earliest developer community in Africa. There is already an excitement about software development in Nairobi and I think that should be linked to the blockchain.”

According to John, “We’re working on a curriculum for blockchain programming. The languages we’re looking at is C++, Python, and Java. We will be announcing soon about our course that students can join.”

According to Lamine, “I think it’s critical that we put an emphasis on blockchain development. Anybody with a computer can be part of the blockchain revolution and part of our work is to show that blockchain and cryptocurrencies is not just about investment, but also about creating solutions by learning how to code.”

The event brought out 3 key insights on how Kenyan universities can jump onto the blockchain bandwagon:

The Ether Africa meetup comes at the right time when the need for blockchain developers in the country is beginning to emerge. While there have been efforts to train blockchain developers locally to take up the existing opportunities, there still needs a lot of work to get the interest in the space growing.