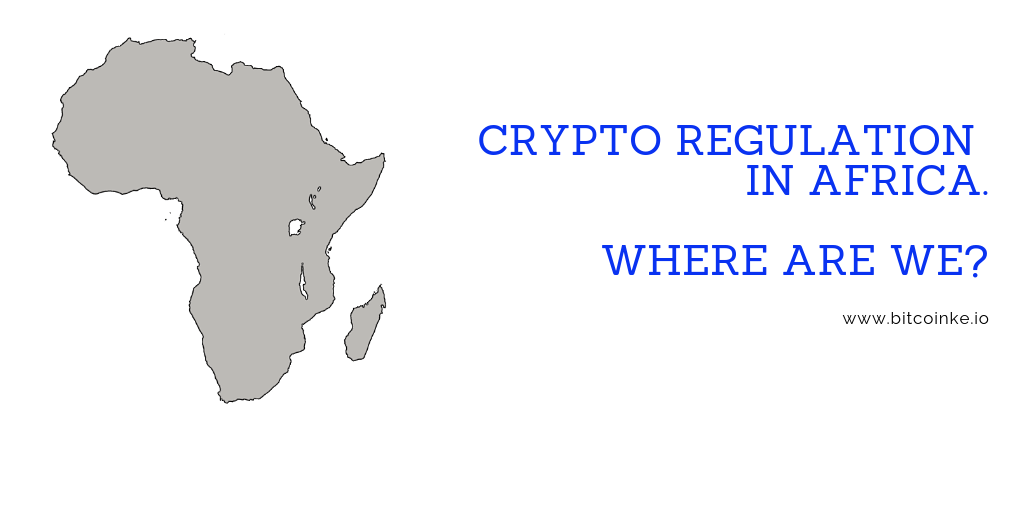 The African continent is slowly but progressively looking at crypto regulation.

It is quite ironical to begin a conversation on cryptocurrencies by using the word ‘regulation’. One of the fundamental tenets of these ground-breaking digital assets is that they exist on decentralized platforms, making regulation an almost abstract concept. However, the concept of government is not as abstract. The world we exist in today is run by several central bodies sprawled across the globe; governments.

Governments have control over most sectors and industries in most countries across the globe, in some cases, too much power to allow revolutionary ideas from taking root. The perfect example of such grip is in the crypto world.

Despite the decentralized and distributed nature of cryptocurrencies, governments can have some control over the usage of these. This may be directly, as in the case of banning the use of cryptocurrency within a country’s borders, or indirectly, by issuing warnings against the use of the same.

The Case of Zimbabwe

Zimbabwe has seen one of the most interesting cycles in this respect.

In May 2018 alone, the Reserve Bank of Zimbabwe issued an order banning the usage of cryptocurrency in the country. Crypto had begun penetrating the country, especially due to its economic state at the time.

A crypto exchange, Golix, had even been launched to facilitate transactions and was growing fast. The ban was also accompanied with an order to Golix to close shop. The ban was not received too well, and less than 2 weeks later, the ban was reversed following a court case by Golix, again allowing crypto a lifeline in the country.

Interestingly, just recently, the Zimbabwean Finance Minister hinted at thoughts of investing in cryptocurrencies like Bitcoin. Namibia also took a hard stance against cryptocurrencies, banning their usage in the country.

Regulation Amidst Adoption in Africa

In contrast, however, some countries have ‘adopted’ cryptocurrencies, albeit cautiously. Countries such as South Africa, Kenya, Uganda, Rwanda, Nigeria, and Ghana are among the African countries that have shown openness in accepting cryptocurrencies along with the underlying blockchain technology. However, none of the countries has taken steps in creating clear regulations for these.

Some countries have made steps to look into the conundrum, including steps at understanding the technology and currencies. Kenya, for example, set up a taskforce to evaluate blockchain technology and Artificial intelligence and report back to government to aid in decision-making.

Most countries in Africa have had a contentious stance in this regard. Cryptocurrency regulation has posed a challenge for many countries in the recent few years, especially because of the open source nature of these protocols. As the saying goes, ‘If you can’t beat them, join them’.

In the long run, many governments may end up adopting cryptocurrencies because of their potential contribution to economic growth. While adoption may seem like a convenient solution, many still grapple with the challenges such systems pose, including illegal trade and money laundering. There may be no panacea for such, but on this innovative continent, it is only a matter of time before we have more answers than questions!