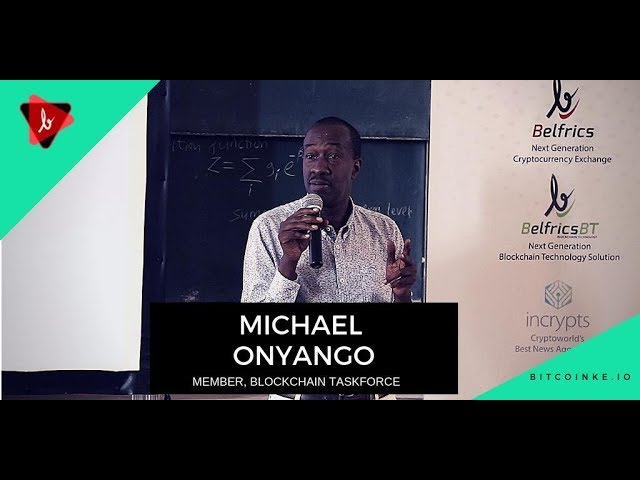 After months of waiting, the Blockchain and AI Taskforce, instituted early this year, has completed the report and is ready to be handed over to the cabinet Secretary, ICT, Joe Mucheru, before it is released to the public.

Speaking during a blockchain awareness event organized by Belfrics Kenya at JKUAT, Michael Onyango, a member of the taskforce, revealed that the 192-page report has looked at the key areas where the technology can be applied in line with the Big Four Agenda.

“As a taskforce, we had about 150 presentations and finally ended up having about 90 people who came and saw us including international presentations..[..] We’ve actually asked for an appointment with the CS so we can hand over the report to him so he can release it to the public.”

Honorable Onyango however emphasized that the report is not the end. He urged the audience to get up and actively start working on solutions in line with the Big Four Agenda.

“The government will not change unless you change.” Said Onyango.

Among the things mentioned during his talk was the recommendation to the Kenya government for a digital currency among other things.

Look out for full interview with Hon. Michael Onyango on BitcoinKE