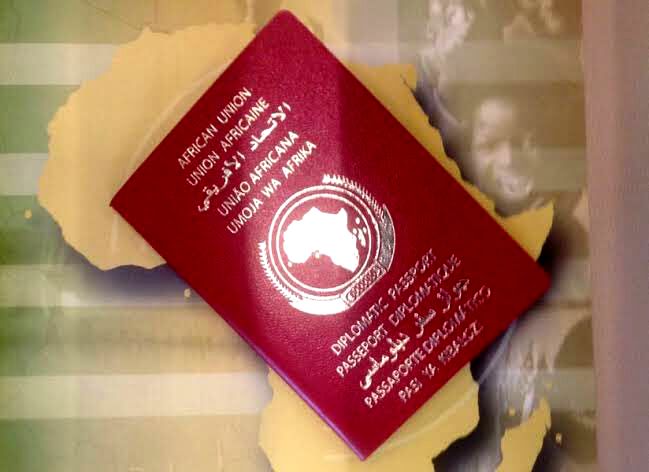 Coming up in 2019, #AU Commission will present, for adoption, guidelines on the design, production & issuance of the #African #passport, taking us one step closer to the long-held dream of complete free movement across the continent.

The African Union has announced that it will present for adoption, guidelines on the design, production, and issuance of the African passport during its 32nd summit that will be held in Addis Ababa on 23 February.

The Pan-African passport was launched in July 2016 during the 27th African Union Summit held in Kigali, Rwanda. The proposal for the common passport to grant Africans visa-free access to all African countries has been a topic of discussion for sometime now. Currently only 13 out of 54 African countries allow visa-free travel.

According to a study by global travel technology provider, Sabre, “the introduction of a Pan-African passport will lead to over 20 percent increase in travel spending on the continent.”

Some of the reasons that prevented Pan-African travel highlighted in the report included:

During the 2018 World Blockchain Summit held in Nairobi, Kenya, Tunji Durodola, NIMC, Nigeria, proposed an identity for Africa, essentially a Pan-African passport, on the blockchain, which created enthusiasm for the long-held dream of complete free movement across the continent.

The proposed passport is red with gold embroidered colour, and is inscribed in five languages namely English, French, Arabic, Portuguese and Swahili. AU aims to distribute the passports to all African citizens by 2020.

Whether the new Pan-African passport is deployed on the blockchain or not, this is a big step forward to the realization of a more united Africa.