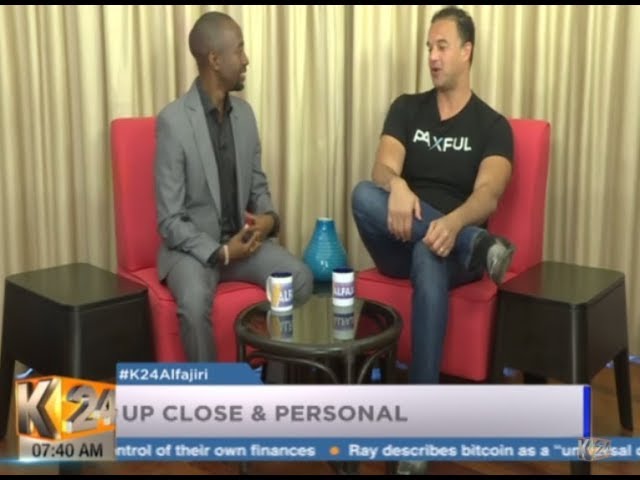 The Paxful team is in Kenya for a couple of days to talk cryptocurrencies and peer-to-peer finance. The CEO has appeared in a series of mainstream TV interviews discussing the mission and vision of Paxful.

In an interview with K24, a Kenyan mainstream TV, Youssef said:

“In the West, whenever we hear about Bitcoin and cryptocurrencies, its usually grey market speculation, Silk Road and big market speculation. These are onLy two use cases for crypptocurrencies. There are five other use cases: Payments, eCommerce, remittance, wealth preservation, and social good like the schools we’re building in Rwanda.”

Paxful is committed to building 100 schools in the developing world with Rwanda being among its first countries where they’ve already built two schools. Youssef is passionate about having an impact in peoples’ lives and mentioned he gives over 30% of everything he makes annually to support such causes.

Youssef advised those getting into the cryptocurrencies not to get into it as an investment, but as business – what it allows you to do.

“In a place like Africa, people live with financial limitations we could not imagine in the West. Now we can get past these limitations with cryptocurrencies.” Said Youssef.

The Paxful team is here to meet with entrepreneurs, students, and young people to talk cryptocurrencies and the opportunities in the financial world.

Paxful is a crypto trading platform that enables users to buy crypto instantly in a variety of ways. Paxful owns a web wallet and stores your private keys and secures it using a 2-factor authentication mechanism. The company intends to launch KYC on the platform to make transactions and trading safer.