Kenya Among the Top African Countries Using Bitcoin as of 2019 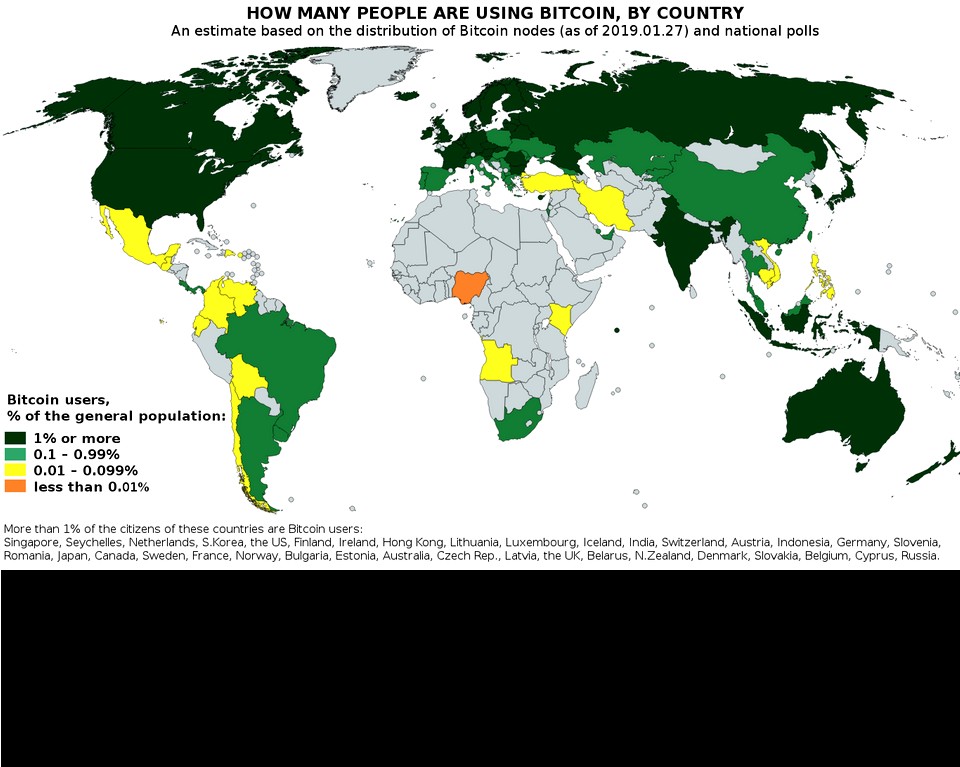 How many people are using Bitcoin, by Country

According to recent January 2019 statistics, Kenya ranks among the top 3 countries in Africa with the highest number of Bitcoin users.

Among the top countries in Africa with the highest Bitcoin usage include:

While the above numbers are no doubt encouraging, a closer at the world map will reveal that Africa is the only continent with the least Bitcoin adoption ratios based on population.

Among the top countries with at least 1% of the population using Bitcoin globally include:

A 2018 report had ranked Kenya among the top 3 African countries with the highest amount of bitcoins traded and at number 23 worldwide. The above statistics, though conservative, seem to indicate and authenticate these figures and position Kenya as a key crypto adopter in the region.