University of Jos, Nigeria, to Use Univote, a Blockchain Dapp, for its University Elections in 2020 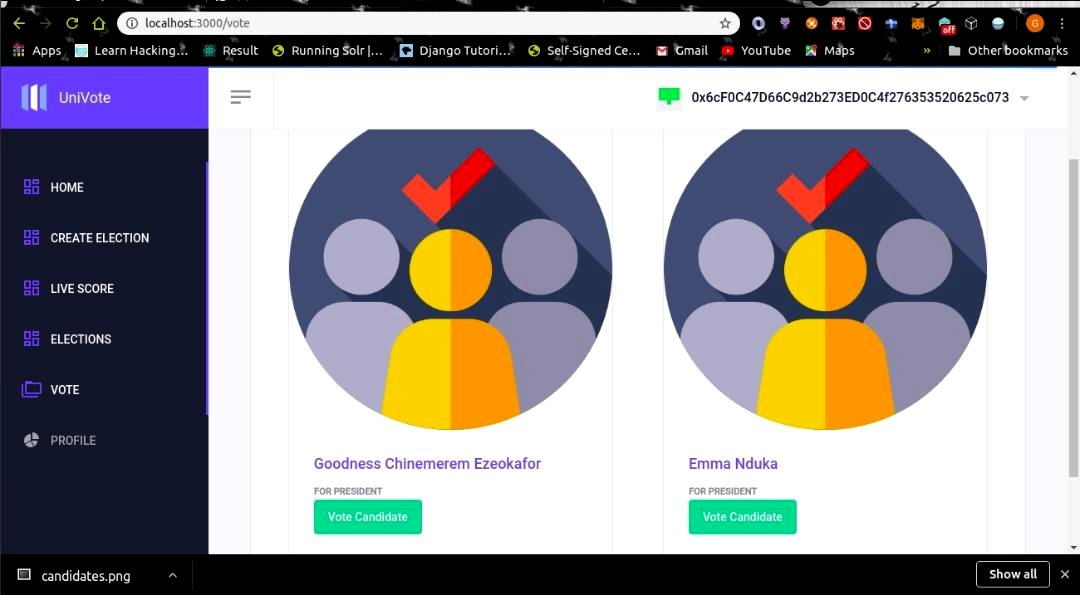 The blockchain developer community in the University of Jos (Unijos), a federal university in Jos, Central Nigeria, has developed Univote, a working election platform on the Ethereum test-net, that will be used to conduct the first election of its kind on the continent. This will be the first public elections in a University system in Africa to be held on the blockchain, with a mock election to be done on Monday 13th Jan, 2020.

The app enables users to do the following: Univote has already gotten support from the NACOSS (National Approval Council for Security Systems) National in Nigeria, the Department of Computer Science, Unijos, and the ICT Directorate of Unijos, effectively giving it a green light for use.

Some of the team members supporting the initiative include:

The development team hopes to initially test-run the prototype on the Ethereum test-net before deploying it on the Aeternity mainnet in the near future.

The mock elections were a massive success, according to the Univote team.

The trial included crypto, non-crypto enthusiasts, and Blockchain experts. A lot of work needs to be done in terms of scaling and making the system more robust but it didn’t stop the team from having a purely decentralized, transparent and verifiable elections.

The success of the mock elections now paves the way for voting at University of Jos on 20th and 21st, January 2020, where the first Blockchain election in Africa will hold and where people can vote from the comfort of their rooms on a mobile device. The team has dared the status quo and history will be made.