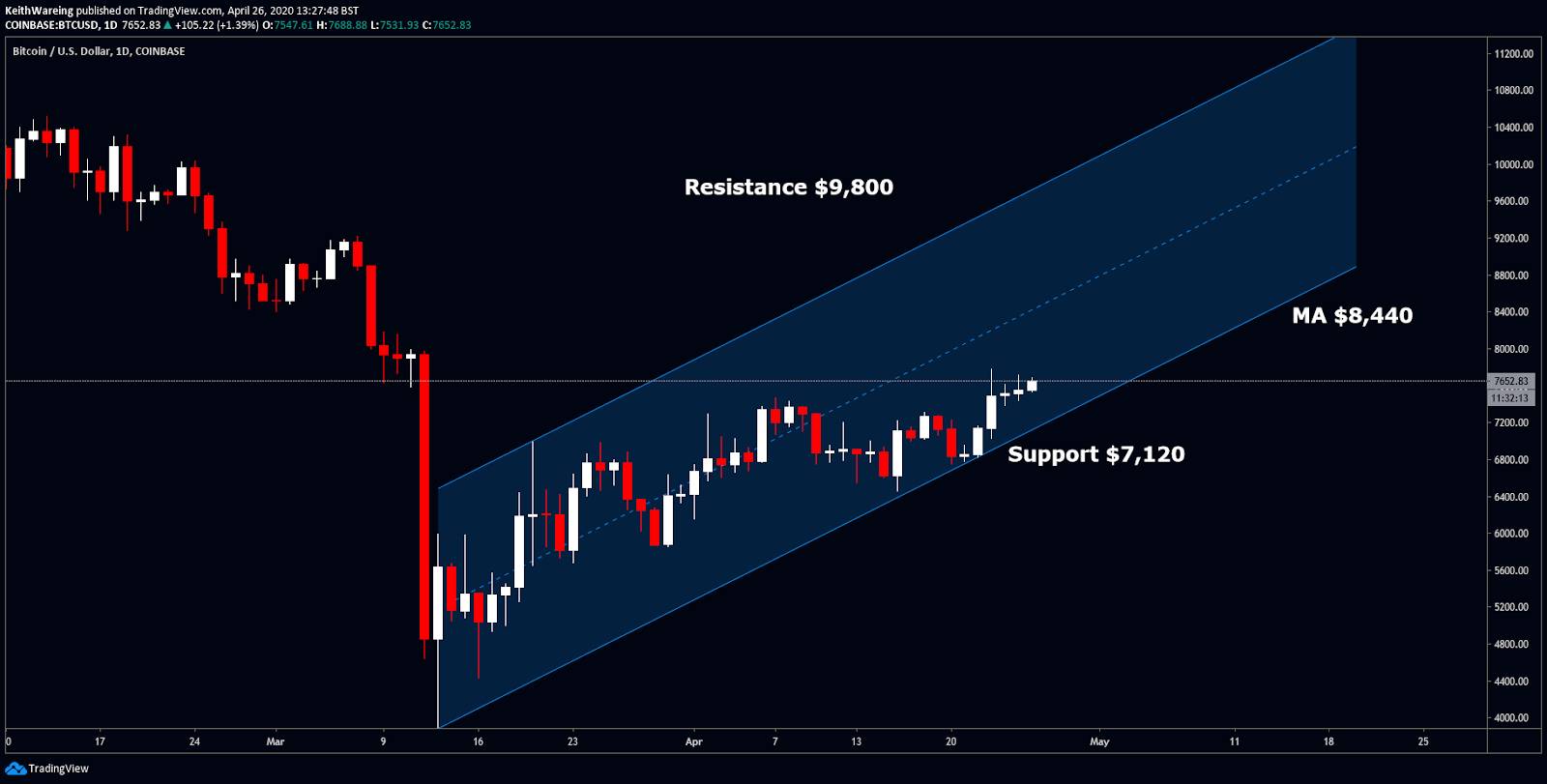 In recent weeks, bitcoin has seen a steady increase in price. According to analysts, the upcoming bitcoin halving and mining difficulty and hash rate increase have historically been shown to result in an increase in bitcoin prices.

We are now less than two weeks to the next 2020 bitcoin halving and a little over a week before the mining difficulty is set to increase another 5%.

Bitcoin is following the green path and is currently sitting at the top of the ascending channel. While this is not a guarantee that the upward trajectory will be maintained, it gives a clearer picture of where the bitcoin price could close by the end of the week.

SEE ALSO: Bitcoin Mining Difficulty is Now 3 Times Higher What it was in January 2019

Some analysts theorize that the lower time frames such as the 1-hour chart for bitcoin are also signaling that a breakout is imminent. Another approach to price predictions is the uncanny similarities between bitcoin hash rates from 2009 with price movements.

For the uninitiated, hash rates can be defined as the “buying power” of the Bitcoin network. Higher hash rates indicate the strength of a blockchain network – more miners means better security.

Bitcoin hash rates however is not a holy grail as this creates a lot of retail and speculative interest in the cryptocurrency market which could work against it.

TRON Bets on Over-Collateralization to Support its Decentralized Stablecoin, $USDD

While this correlation is clearly evident, it is hoped that in future, as hash rates reach a ‘peak’ and stabilize, the price will likewise decouple and stabilize.