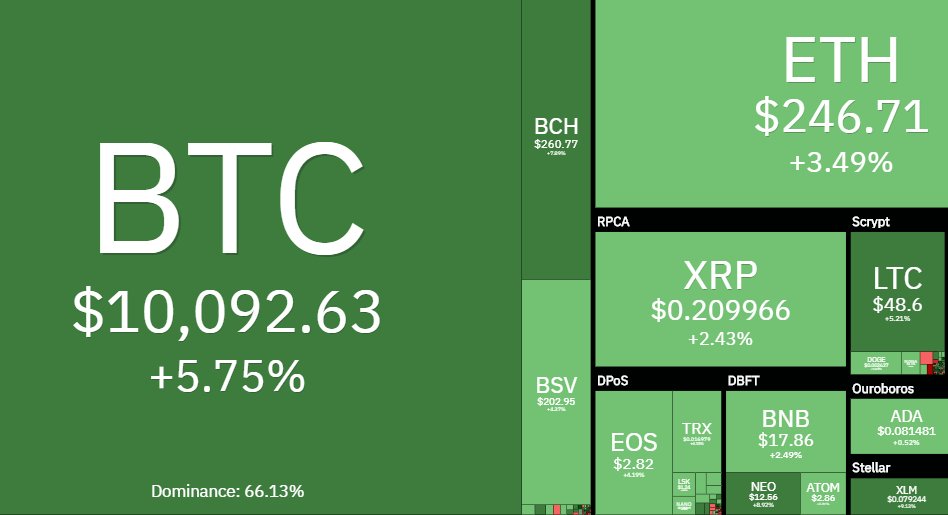 For the first time in 25 days, Bitcoin has finally broken the $10, 000 resistance mark and continues to hover around this price.

The new milestone comes amid growing tensions in mainland United States as protests rage for close to a week now following the death of George Floyd, a black man at the hands of police.

SEE ALSO: 7 Reasons Why Bitcoin is Stronger Than Ever in May 2020

According to analysts, here are some of the reasons that could be driving the current bull run:

While the growing leveraged positions are largely coming from institutional investors like CME, analysts warn that these can positions can quickly get liquidated similar to what happened in mid-March, which caused bitcoin price to crash by 50 percent.

In the meantime though, there remains a compelling case for the bitcoin price to continue going up if all the above factors remain for the next couple of days.