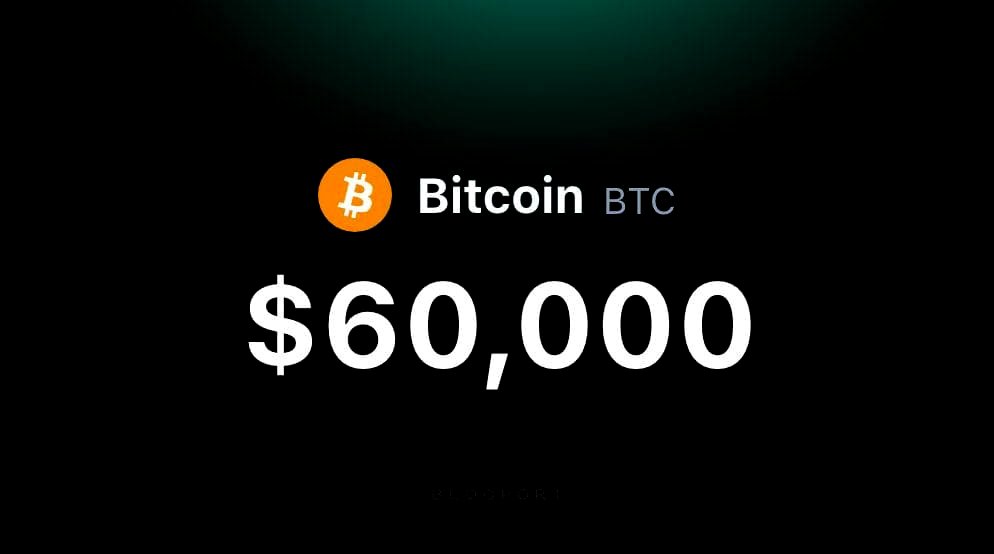 After weeks of attempts, bitcoin has finally hit and crossed the $60, 000 resistance level settin a new all-time high.

The new high comes after weeks of corrections and consolidations with some significant resistance around $58, 000.

Once again, bitcoin is now in uncharted waters after soaring over 24% in a week after a temporary crash to lows of $43, 500 just a few weeks ago.

Bitcoin current market cap now sits at $1.1 trillion as it pulls altcoins during its steady climb. Som of these coins include:

At the same time, over $344 million worth of shorts have been liquidated in the past 4 hours as bitcoin breaks the $60,000 mark.

Other related news headlines have also seen huge interest in the space, most notably the latest sale of the NFT collection by Beeple for $69.5 million – the third-largest private sart sale to date in history.

The passing into law of the $1.9 million stimulus package, believed to further devalue the dollar, has also likely provided a safe bet into bitcoin.

RECOMMENDED READING: Bitcoin Breaks the $1 Trillion Market Cap Milestone After More than 900% Growth in Less than One Year