[WATCH] The Most Expensive NFT and the 3rd Largest Art Sale Ever by a Living Artist Goes for $69.3 Million 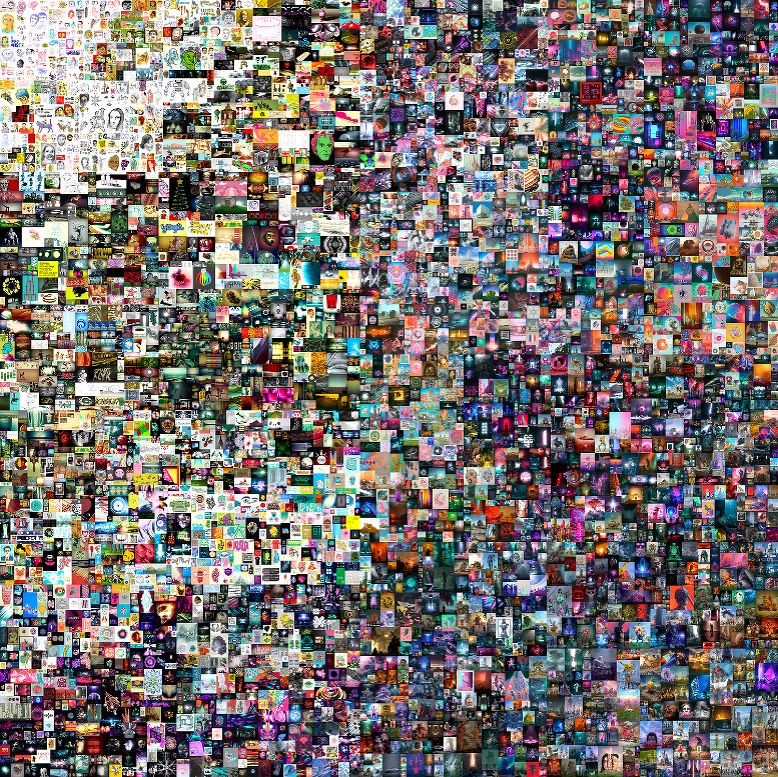 An NFT collection of digital artwork has sold out for $69.3 million led by the 250-year old auction house, Christie’s – the highest ever sale for an NFT and the third largest art sale in history by a living artist.

The artwork, dubbed ‘THE FIRST 5,000 DAYS,’ was created by digital artist, Beeple, who is also famous for a recent artwork dubbed ‘Crossroads’ which sold for $6.6 million.

SEE ALSO: [WATCH] What it Takes to Sell an NFT for Over $6 Million – A Chat with Digital Artist, Beeple

The artwork is a depiction of Beeple’s artistic journey over the past 13 years where he has been creating a digital piece of art every single day.

It features an amalgamation of thousands of images. The artist has stitched together recurring themes and colour schemes into an aesthetic whole. The individual pieces are organised in loose chronological order: zooming in reveals pictures by turn abstract, fantastical, grotesque or absurd, deeply personal or representative of current events. Recurring themes include society’s obsession with and fear of technology; the desire for and resentment of wealth; and America’s recent political turbulence.

While the digital piece of art was actually sold for around $60 million, the buyer’s premium was a whooping $9 million – a fee that goes to the auction house.

Interestingly, Justin Sun, the CEO of TRON, was among the key bidders who pushed the price of the art piece up after placing a $60 million bid up from just $35.75 million.

In a series of tweets, Sun expresses his disappointment for the bid closing despite his desire to put in more and actually own the piece of art.

Sun was also one of the potential bidders for the first tweet NFT by Twitter CEO, Jack Dorsey.

Beeple is currently the most profitable crypto artist globally with his art having garnered millions of dollars, all happening online.

Christie’s is a British auction house founded in 1766 by James Christie. It is owned by Groupe Artémis, the holding company of François-Henri Pinault.[2] Sales in 2015 totalled £4.8 billion (US$7.4 billion).

Some of the popular art pieces sold by Christie’s include:

RECOMMENDED READING: Twitter CEO’s NFT Sale to be Converted to Bitcoin for Charity Work in Kenya, Rwanda, Liberia, and Malawi