The largest NFT marketplace on Solana, MagicEden, was the only NFT marketplace that saw growth in September 2022, doubling its MoM volume and dominance while the rest continued to slip. 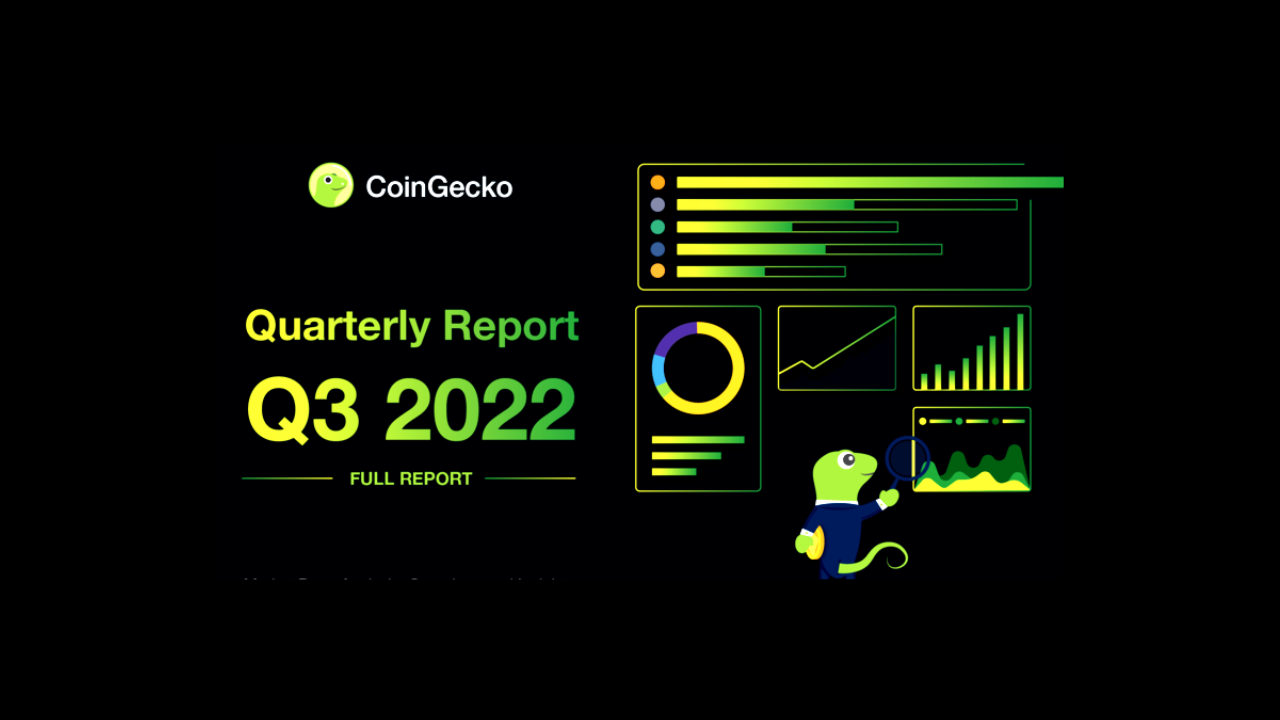 Total trading volume on the 5 leading NFT marketplaces fell by -77% in the third quarter of 2022 as the sector firmly remains in ‘NFT winter,’ a CoinGecko report shows.

The Q3 2022 Cryptocurrency Report indicates that the sector continues to shed users, highlighting a generally bleak last 3 months for the crypto and blockchain sector.

Based on the report, the total market cap of the NFT sector has experienced a huge decline from as high as $13.5 billion in Q12022 to  $2.1 billion in the third quarter.

OpenSea remains the leading marketplace but MagicEden is shown to be making gains in a top 5 that now includes:

The largest NFT marketplace on Solana, MagicEden, was the only NFT marketplace that saw growth in September 2022, doubling its MoM volume and dominance while the rest of its competitors continued to slip. Growth is thought to have been boosted partly by the platform’s foray into Ethereum as dominance grew from 9% to 22% in Q3 2022.

At the same time, OpenSea dominance declined from 90% to 60%. 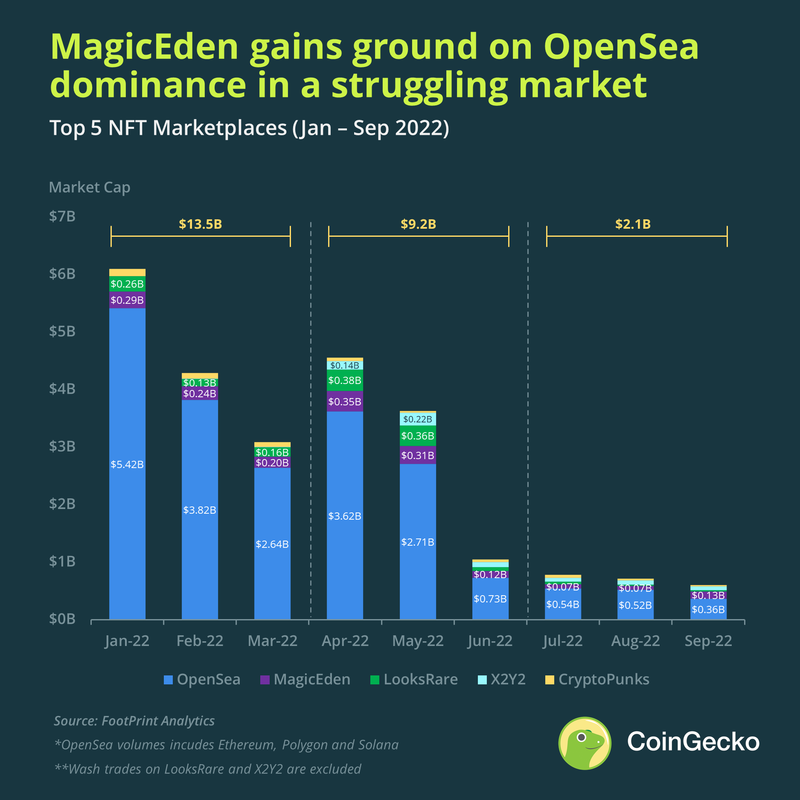 “September numbers show that ~85% of X2Y2’s volume potentially came from wash-trading, which would have given it the edge over OpenSea on the leaderboard. The same goes for LooksRare which, despite its already meager volume, is still apparently driven by ~87% wash trades.” – CoinGecko NFT Report

Some notable moves within the Top 30 include:

Other stats from the report include:

“Bitcoin dipped hand-in-hand with US equities, but managed to largely recover compared to the equities market, ending Q3 with only a -1% change in price.” – CoinGecko report

“Despite how the Merge was touted as the most bullish event for Ethereum, the upswing was brief.” – CoinGecko report