According to Tether, this is the latest effort it is making to increase transparency into its reserves and sets the standard for the rest of the stablecoin industry. 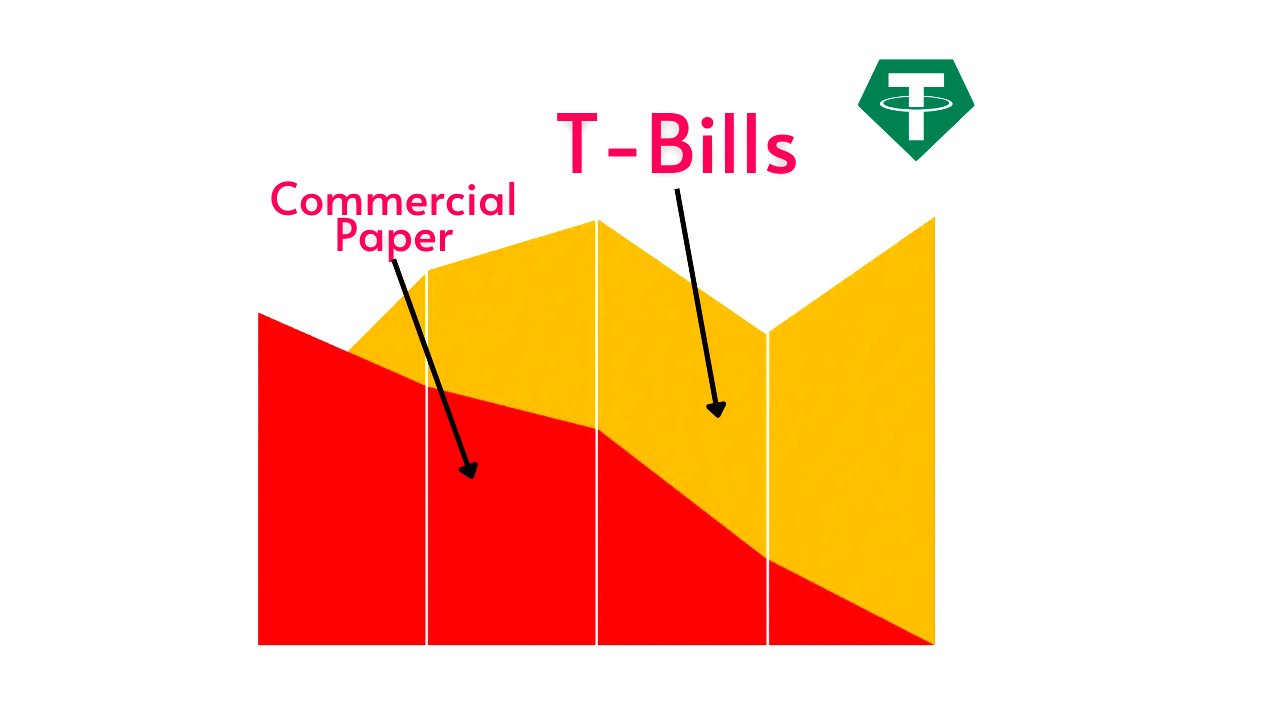 Tether ($USDT) has said it has eliminated commercial paper from its reserves and those investments have been replaced by U.S. Treasury Bills (T-Bills).

“Reducing commercial papers to zero demonstrates Tether’s commitment to backing its tokens with the most secure reserves in the market.” – Tether

BREAKING: Tether is proud to announce that we have completely eliminated commercial paper from our reserves. This is evidence of our commitment to back our tokens with the most secure, liquid reserves in the market. (1/3)https://t.co/zBa9jRe7so

Commercial paper is a form of short-term unsecured debt issued by companies, and it is considered to be less reliable than treasury bills. As of September 30 2022, 58.1% of Tether’s reserves are held in U.S T-bills, according to a tweet by Chief Technology Officer, Paolo Ardoino:

According to Tether, this is the latest effort it is making to increase transparency into its reserves and sets the standard for the rest of the stablecoin industry.

The reduction to commercial paper follows months long progress in cutting down this type of investment.  On July 1 2022, the company said it had cut its commercial paper portfolio to a low of $3.5B. Then on September 30 2022, it was announced commercial paper holdings were now below $50 million. 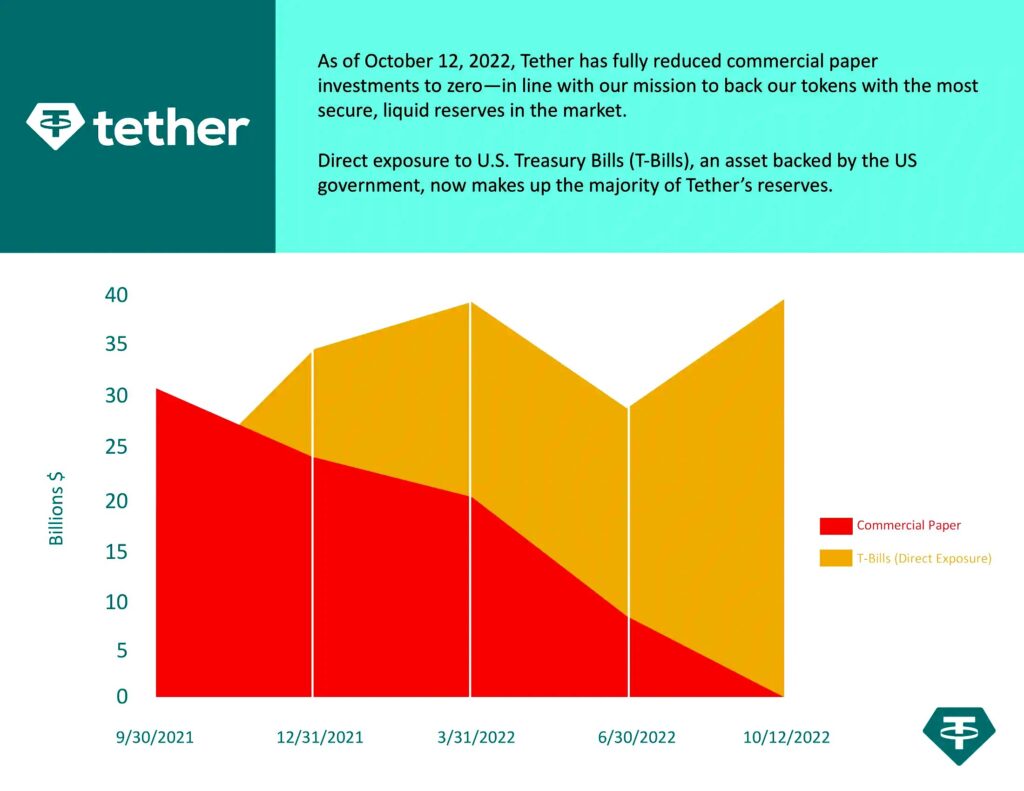 As recently as August 2021, $30.8 billion, or 49% of Tether’s reserves, was held in CP (Commercial Paper) and CDs (Certificates of Deposit). In May 2021, the company’s attestation report showed that commercial paper was 65.39% of its holdings.

In February 2021, Tether was fined $18.5 million by the New York Attorney General’s Office following allegations of poor accountability of its reserves. Since then, the firm was asked to submit quarterly attestation reports on its reserve status.

In May 2022, popular algorithmic stablecoin Terra lost its peg, before shedding all of its value, in an incident that brought back scrutiny into the stability of stablecoins.

Tether’s $USDT stablecoin remains the market leader with a market capitalization of $68.5 billion. In second place is the $USDC stablecoin at $45 billion.

[PODCAST] Crypto from an African Perspective with STLFX, One of Kenya’s Leading and Most Active Forex Trading Communities

NB: BitKE got an exclusive with Tether CTO, Paolo Ardoino, to talk about latest USDT developments and their plans for Africa. Look out for the Q&A dropping soon