Ghana's hard-hit economy has suffered the highest inflation rates on the continent over the last 12 months. 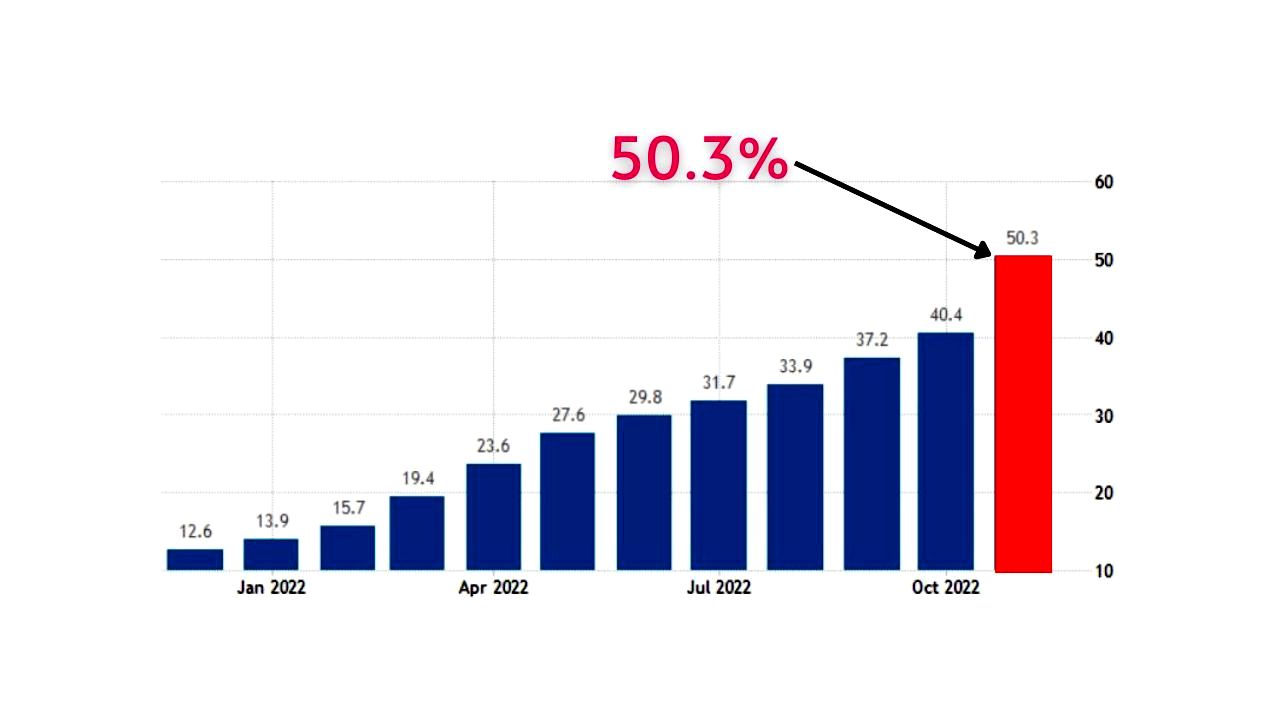 Ghana’s annual consumer inflation rose to 50.3% in November, up from 40.4% the previous month, the country’s chief statistician, Samuel Kobina, announced.

According to the data, costs rose the most in the following categories:

Ghana’s hard-hit economy has suffered the highest inflation rates on the continent over the last 12 months as the government blamed a series of factors including the impact of the Coronavirus pandemic, the war in Ukraine, and the ensuing economic shutdown.

On a month-to-month basis, transport experienced the highest inflation in November at 12.8%. However, petrol prices have fallen in December as the Cedi has strengthened, which could mean less inflationary pressure from the transport category this month.

The Cedi which lost more than 50% of its value in the course of 2022, gained 10% against the greenback in the last week. The Cedi-to-Dollar exchange rate was as high as $1 to more than GH¢15 in 2022 but currently trades a little above GH¢12.50 to the dollar, a turnaround that saw it become that week’s best-performing currency globally, according to Bloomberg magazine.

In addition, Ghana finally secured a much sought $3 billion, three-year support package from the International Monetary Fund (IMF). Ghana had approached the IMF in July 2022 to ask for financial help after soaring prices and economic hardship spurred street protests.

The IMF package signals faith in Ghana’s efforts to restructure its ballooning debt through new measures announced by the local ministry of Finance – including a debt exchange program.

Under the program outlined in the 2023 Ghana Budget Statement and Economic Policy, existing domestic bonds as of December 1 2022 will be exchanged for a set of four new bonds maturing in 2027, 2029, 2032, and 2037. The government expects to announce measures targeting foreign debt as it ramps up its economic recovery strategy.

Ghana’s public debt was 467.4 billion Cedis ($37.4 billion) in September 2022, of which 42% was domestic debt, according to the most recent central bank figures released in November 2022.

It is now more than 100% of GDP as the Central Bank of Ghana Governor announced some of the plans the government hopes will bring that ratio down to 55% by 2028.