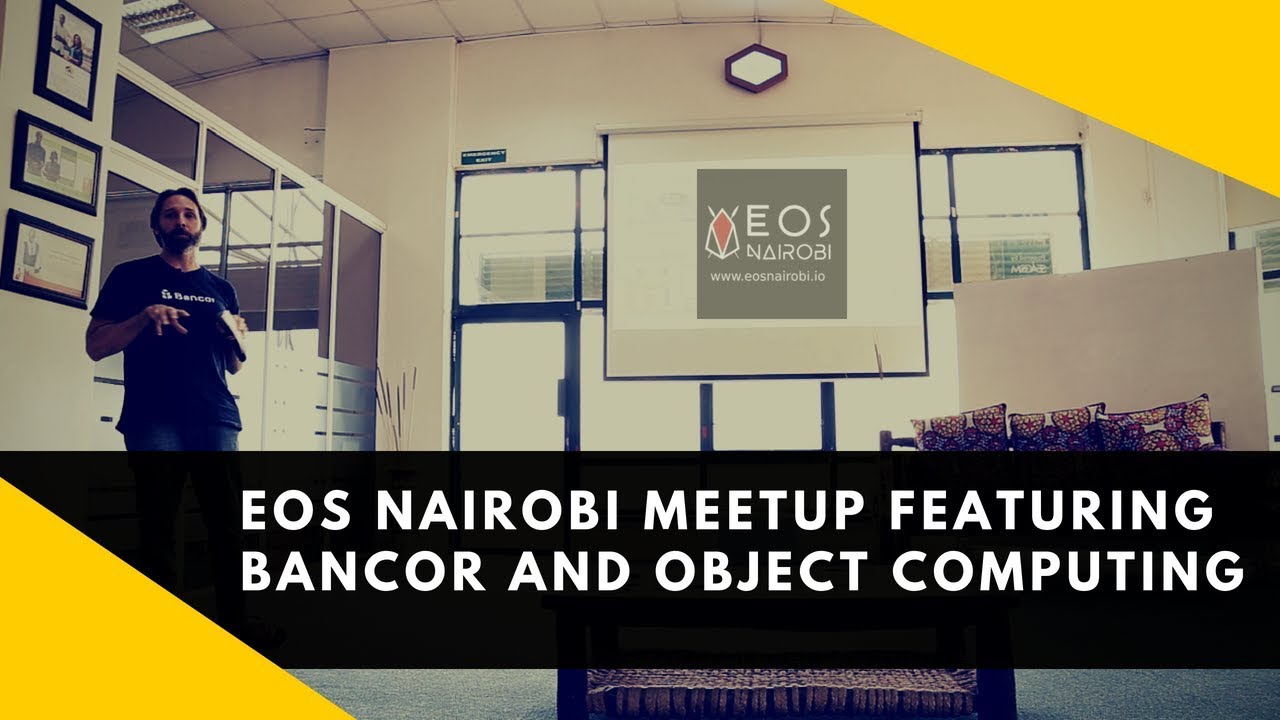 The EOS Nairobi community meetup held on July 28 saw a decent gathering of blockchain and cryptocurrency experts, developers, thought leaders, and enthusiasts convene at Nailab. The meetup comprised of insightful sessions on EOS blockchain, community currencies, and other initiatives taking place in the space.

The gathering was a follow-up to a week-long in-depth training session the EOS community underwent here in Nairobi with principal EOS blockchain developer and Object Computing Inc partner and engineer Phil Mesnier.

Mesnier gave a brief history of his 40-year experience in programming and how he came in contact with Dan Larimer to eventually become a core developer for the EOS blockchain protocol.

"I met @bytemaster7 in May 2017 at a @ConsenSys Event. " – @PhilMesnier pic.twitter.com/WkcLKibiYB

He was also excited to come to Nairobi and teach a team of developers in EOS Dapp development.

“When the opportunity came to come down and teach a select few of the developers here in Nairobi, I jumped in. You all have very lively questions and you have been very polite hosts,” he said.

Will Ruddick Breaks Down Community Currencies

Next on stage was the founder of non-profit organization Grassroots Economics and Bancor’s Director of Community Currencies, Will Ruddick. He gave a comprehensive breakdown of community currencies, the economics behind them, and how Bancor is looking to introduce them.

“We believe that eventually there will be many products and tokens that are going to exist into the future, that’s where we really want to be effective. The long tail is the existence of millions of currencies. We need to get to a stage where people are trading 5 or 10 cents.” ~ Will Ruddick

Luke Stokes of EOS DAC and David Packham of EOS 42 then joined the community via video call to share insights on the EOS protocol with interesting conversations on the RAM problem, sidechains and possible solutions for some of these.

David P of @EOS42io calls in and explains how the name was born. pic.twitter.com/gvKLTArOVd

Eng. Felicity Mecha gave a talk on Artificial Intelligence and how it plugs into blockchain technology. The gathering also learned about AI Saturdays, an initiative that promotes artificial intelligence (AI) education. AI Saturdays will launch a Nairobi chapter in August.

The meetup was also attended by Ken, a member of EOS Nigeria. Ken came to Nairobi to attend Phil’s training sessions. He also said the EOS community on Nigeria is planning on establishing an EOS hub and holding a large EOS event in Lagos in September.

Walubengo, a member of Kenya’s blockchain and AI taskforce, was also present and gave some insights into what they are doing with regards to the blockchain and AI. He said the taskforce will ask for an extension of their term as the expiry date approaches.

In light of this EOS meetup, it is evident that the enthusiasm and interest in blockchain and crypto in Kenya are alive and growing. One can only hope that regulators will introduce friendly guidelines to catalyse growth in the sector.