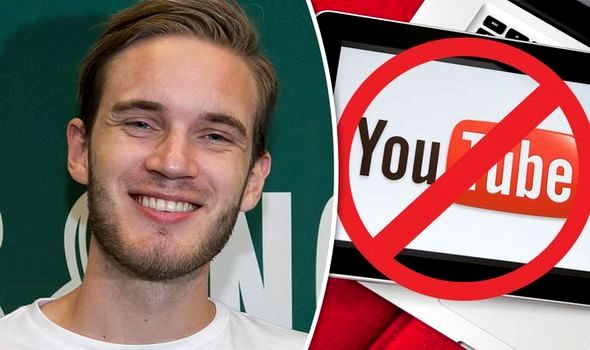 PewDiePie, the world’s most popular YouTube streamer, recently made the announcement that he has chosen to exclusively livestream on DLive over top competitors such as Twitch, YouTube and Mixer starting on April 14th, 2019.

The popular YouTuber has recently come under fire from the online community for using racial expressions in his videos which have seen him get the dreaded YouTube strikes. YouTube censors and blocks channels that receive up to 3 strikes. PewDiePie already has two strikes for racism and copyright infringement content.

PewDiePie is the most subscribed YouTube channel on the planet with close to 94M subscriptions. By partnering and switching to a decentralized platform like DLive, this could signal a move for other content creators to consider moving in a similar direction. Such a move would drastically affect current streaming services like Google’s YouTube and Amazon’s Twitch, which have been the dominant video streaming services, largely due to their huge number of content creators and user base.

The Switch to Decentralized Platforms Begins with PewDiePie Speaking about the unsavory monetization practices that current streaming services have created, Charles Wayn, the founder and CEO of DLive said:

“Most of us started creating or watching content on YouTube or Twitch… We’ve contributed for years and witnessed traditional platforms grow from their infancies into billion-dollar companies. However, what have we received in return? Higher monetization bars, unfair content promotion, and fewer earnings because of increased platform fees.”

“Unlike traditional platforms, DLive takes absolutely zero platform cuts from users’ donations and subscriptions. Instead, the economic system has been designed to revolutionize revenue distribution by rewarding the community for their contributions rather than a corporation.”

“Personally, I think it’s really cool to have a creator based website actually putting creators first. I’m really excited about DLive and I’m excited to finally be live streaming again.”

Platforms like DLive are just a tip of the iceberg as we start to see blockchain shifting control away from industry-dominant players and give it to content creators, completely decentralizing current and existing ways content creation and monetization.

The 5 Most Common Web3 Wallets in Crypto