Codenamed the Libra Project, Facebook may be prepping up to launch its ‘FBCoin’ stablecoin in the third quarter of 2019, according to a recent report by Bloomberg.

“Launched last May, Facebook’s blockchain unit now counts 50 employees. A significant number of those employees—about one in five—used to work at a single company: PayPal Holdings Inc. This quasi-reunion, driven by the group’s leader, former PayPal president David Marcus, is the latest signal of Facebook’s wider ambitions to integrate payments into its platform.”

Other sources have reported that the social media giant is already seeking investments worth $1 billion and currently talking to major payment networks Visa and MasterCard about potential support, along with payment processor First Data Corp.

According to The Wall-street Journal (WSJ):

“The huge fiat backing is further deliberately designed to remove perceived doubts about FB Coin versus bitcoin and other cryptocurrencies. Volatility, they said, should be avoided in order to boost uptake.”

The billion-dollar crypto project investment reportedly entails a stablecoin along with a crypto-powered online payments system.

Facebook is no doubt looking to enter the crypto space. The recent announcement to open up WhatsApp Pay to the world after a successful one year test in India further cements this speculation.

An ‘FB stable coin’ would likely help scale WhatsApp Pay across different jurisdictions. In addition, the potential release of a Facebook Coin could be the needed catalyst that would result in the cryptocurrency user base doubling or tripling. 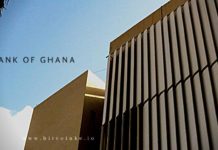