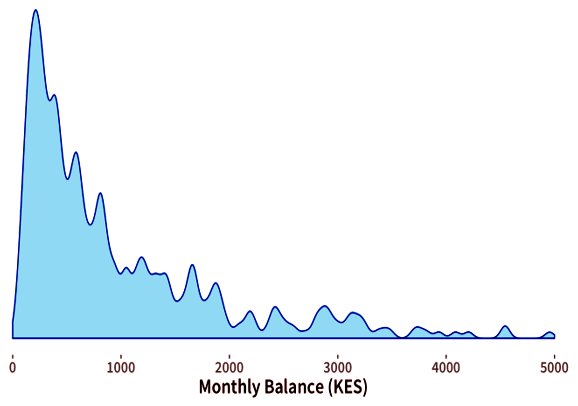 A recent survey conducted by CGAP reveals that M-PESA wallet balances, on average, remain low, which suggests M-PESA is primarily a transaction tool and less of a savings tool.

The survey has revealed that an average M-PESA net balance is less than KES 1,000 ($10) and this figure remains constant whether the user has a bank account or not. These balances were the same across employment types and income levels.

“This suggests that while banked M-PESA users might be saving money in the bank and using their mobile money accounts for transactions, those without bank accounts are finding ways to save outside of their wallet accounts (to the extent they are saving).” A look at the average digital credit also revealed that digital credit does not stay digital for loan with 46 percent of respondents withdrawing the credit out of their wallets within the first day. Transaction data showed that Kenyan customers are more loyal to retail stores like grocers than they are to agents. In a sense, this is not surprising since deposit and withdrawal services are largely commoditized.

The above survey demonstrates that while mobile money has been successful in offering financial inclusion to 83% of Kenyans, it does not necessarily spell death to traditional banking. The survey even shows that it has helped in enabling the traditional banking industry to remain relevant and even outspace mobile banking services like M-Shwari.

CGAP is a global partnership of more than 30 leading development organizations that works to advance the lives of poor people through financial inclusion.

CGAP uses action-oriented research, testing, learning and knowledge sharing intended to help build inclusive and responsible financial systems that move people out of poverty, protect their economic gains and advance broader development goals. It researches and experiments to achieve proof of concept and extract lessons that can be built to scale by  partners, who apply CGAP insights in the marketplace.