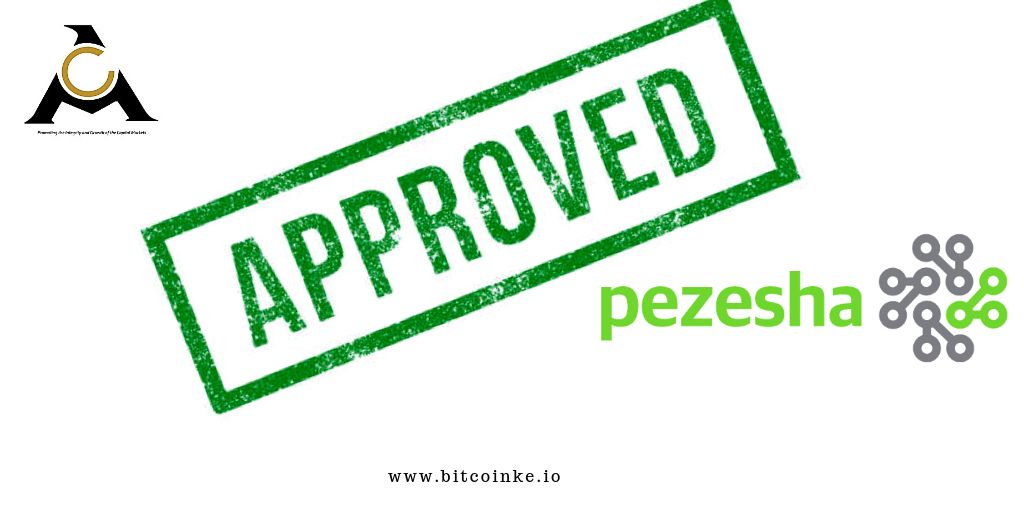 The Capital Markets Authority of Kenya (CMA) has approved and admitted three fintechs as its first applicants into the regulatory sandbox launched early this year.

Speaking on the admission of the first three startups, the CEO, Capital Markets Authority of Kenya, Paul Muthaura said:

“The Regulatory Sandbox allows live testing of innovations under a less onerous regulatory regime and is expected to attract fintech companies and existing capital markets licensees to test the application of technology to financial services. The admission of the three firms is an important milestone noting that the authority had set itself to admit five firms to the Regulatory Sandbox by 2023.”

Speaking on their approval, the CEO of Pezesha, Hilda Moraa said:

“We are excited about this CMA approval as it brings endless possibilities as well as cements trust and credibility in our business by shortening our time to market and allowing us achieve our mission of financial inclusion at a larger scale.

Our vision for Pezesha is to evolve to a digital exchange financial platform of choice and equality that brings financial inclusion to the underserved MSMEs who are anchors of youth employment and economic development in Africa.” ~ Hilda Moraa

The participants are required to comply with the minimum regulatory requirements published late last year under the Regulatory Sandbox Policy Guidance Note and eligible for a license or approval to operate in Kenya thereafter.

The approval restricts the testing period to 12 months.

While the authority was clear that it will not accept proposals from blockchain-related companies dealing in cryptocurrencies, it is open to exploring fintechs in the blockchain space.

The recent launch of the Blockchain & AI Taskforce Report however proposes and supports the adoption of cryptocurrencies and support for companies in the space. Currently, the taskforce is welcoming feedback on the report before submission to the President, and eventually Parliament, for implementation.