Bitcoin Plunges to $6, 700 Validating a Call Made 5 Months Ago 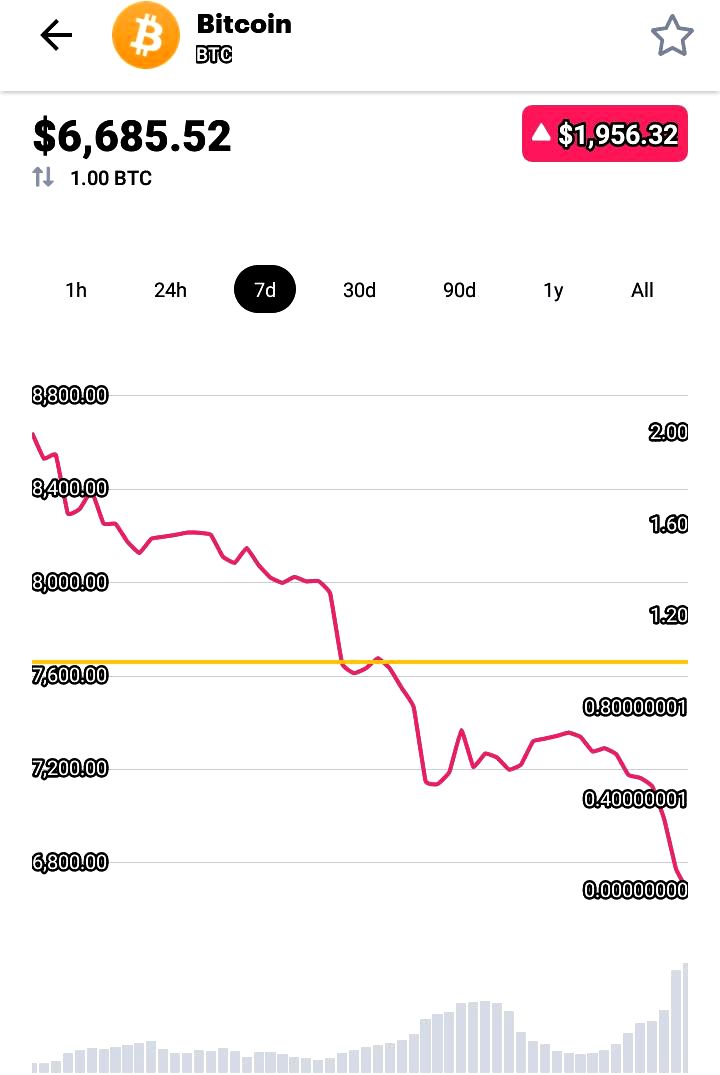 Bitcoin has continued to drop with the latest low of $6, 700 coming in five months after an analyst predicted this outcome.

The same analyst has also advised we are entering the optimum buy zone of between the $6.5 – $6.7 given the upside potential.

Since soaring to a high of above $10, 000 in June, it was expected the cryptocurrency would continue to experience a steady rise as everything pointed to that trajectory. In addition the 42% surge in October gave analysts a further reason to believe we were headed for a bull-run.

While many analysts were calling for a vertical climb, one analyst however was calling for rationality and even claimed that the price would eventually drop to $6, 700 which has now come to pass.

The analyst, Dave the Wave, has been proven right. According to his Twitter thread, the new low could also signal ‘the end of the correction in sight.’

Dave claims the new low signals that Bitcoin hs likely entered a phase of consolidation with various support elements showing that the practical buy target is now within the horizon.

Below are a few tweets from the analyst predicting where Bitcoin might go next:

Market caps playing out pretty much as envisaged a couple of months back… pic.twitter.com/fKIiqOlgkP

3/ The buy zone, a buffer off the log growth curve.

Could price go lower than the 6.7K I targeted? Sure, but not by much and within the buy zone, where you'd want to be averaging in imo given the potential to the upside. You'll never get the exact bottom. pic.twitter.com/SLEDyJKp99

According to the analyst, any substantial drop to below $6, 500 is unlikely to take place which could signal a great time to buy given the potential to the upside.