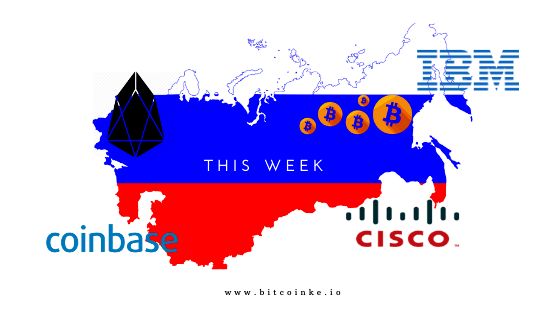 This week in blockchain and crypto had interesting developments as crypto continues to trade sideways and as various blockchain patents take effect. A few mentions on crypto regulation was also a hot topic.

This week saw bitcoin experience the biggest monthly price drop of 2019 with some analysts predicting a deeper drop in December. The drop is in stack contrast to historical patterns which have always shown the cryptocurrency pick up a bid six months ahead of the halving which falls in May 2020.

The Chinese mainland has seen 5 cryptocurrency exchanges close shop in November 2019 alone as talk of a perceived exchange halting and shutdown looms. With over 40% of all Bitcoin transactions in the first half of 2019 coming from the Asia-Pacific region and with China having the lion’s share of exchanges, the hardline stance on crypto trading is expected to further affect the market.

This week also saw the dark side of the EOS ecosystem revealed as the EOS New York Block Producer published data purpotedly showing that six registered producers on the network are managed by a single Chinese entity. The problem has previously been highlighted by the founder of Ethereum, Vitalik Buterin, and has also prompted Block.One, the EOS Developer, to announce, earlier in the month, that it will begin participating in block producer voting to ensure the network health and evolution.

Blockchain patenting was also hot this week as IBM, Coinbase, and Cisco have all submitted and won patents that leverage blockchain. The IBM patent outfits drone packages with an IoT sensor that tracks the package altitude and uploads the data to a blockchain platform. The Coinbase patent describes an automated system and accompanying scoring mechanism that together root out non-compliant user accounts suspected of illegal activity. The Cisco patent includes a blockchain platform that can natively integrate in wireless networks and manage part of the data exchanges via a blockchain interface.

News of a possible Russian crypto ban this week was the most concerning as sources in the country claim of ongoing discussions with the country’s central bank, financial regulator and the Ministry of Finance in support of a ban. Currently, crypto is sused for e-Commerce and as payment for many digital workers with many goods and services, including airline tickets, being purchased using crypto. Due to the difficulty of enforcement, some industry representatives believe the ban is simply intended to dissuade the use of crypto among the public.