Africa at Risk of Losing 150 Million Jobs and Driving 27 Million into Extreme Poverty Due to Covid-19 Pandemic, Says UN 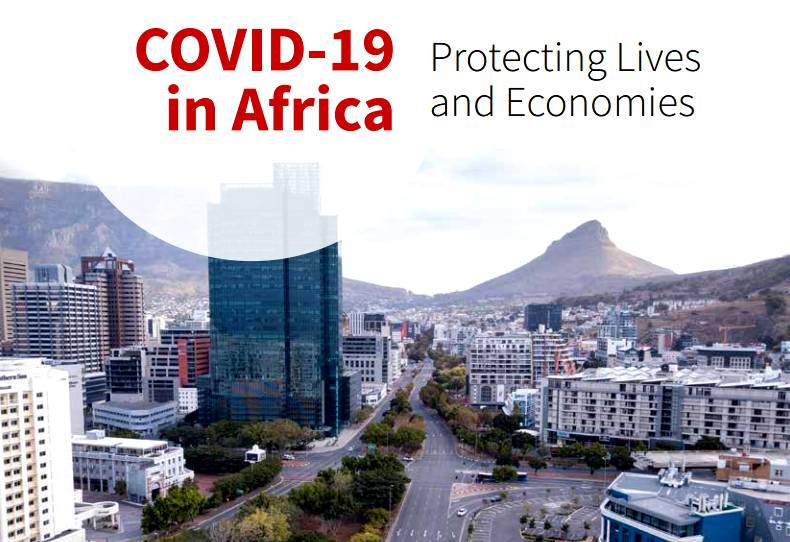 As the world grapples with economic pressure brought on by the Covid-19 pandemic, it is now beginning to emerge just how serious the situation might be across the African continent.

According to the latest report unveiled by The United Nations Economic Commission for Africa (ECA) and the Global Partnership for Sustainable Development Data (GPSDD) entitled, COVID-19 in Africa: Protecting Lives and Economies: SEE ALSO: For the First Time Since The Great Depression, Both Advanced and Emerging Economies are in Recession, Says IMF

McKinsey in the latest report, says:

We assessed the risk posed by the COVID-19 pandemic to the livelihoods of African workers in both the formal and informal sectors (Exhibit 2). It is worth noting that, out of a total labor force of about 440 million people, Africa’s formally employed workforce numbers about 140 million—less than a third of the total. The remainder of the workforce, totaling as much as 300 million people, is in informal employment.

Our analysis suggests that between 9 million and 18 million formal jobs in Africa could be lost or made redundant due to the COVID-19 crisis. We also find that a further 30 million to 35 million formal jobs are at risk of reductions in wage and working hours as a result of reduced demand and enforced lockdowns. This puts the jobs of one-third of Africa’s formal-sector workers at risk of significant impact. In major sectors such as manufacturing, retail and wholesale, tourism, and construction, the jobs of more than half the workforce could be affected.

In addition, our analysis shows that approximately 100 million informal jobs—again, one-third of the total—are in occupations and sectors that are vulnerable to loss of income during the COVID-19 crisis. From the UNECA report, it is clear that even if the spread of COVID-19 is suppressed in Africa, its economic damage will be unavoidable. Collapsed businesses may never recover. Without a rapid response, governments also risk losing control and facing unrest.

The report also shows the poverty impact from the pandemic below: The report also looked at indirect and ripple shock effects that would come about from the pandemic and the above scenarios: The exception is gold, an investment safe haven, which is up by 5 per cent.  Large gold exporters, such as Ghana, South Africa and Guinea, which account for 20 per cent, 17 per cent and 9 per cent of Africa’s gold exports, respectively, will experience a small compensatory benefit from the rise in the price of gold.

A few cases in point reveal the grim impact this will have on various African economies. The report notes:

The biggest economy in Africa, Nigeria, will be severely affected by the price and demand shock to oil. Under two scenarios, we estimate the impact of COVID-19 on the revenue of Nigeria from oil exports resulting in a decline of between $14 billion and $19.2 billion, putting pressure both on the fiscal revenues of Nigeria and the naira.

A shift in discretionary consumer spending away from clothes towards basic food and pharmaceutical products, by as much as 30-40% and in some highly affected regions, by 80%. This puts the continent’s annual $15 billion textile and apparel exports in peril. The industry directly employs more than 38, 000 and 37, 000 in Kenya and Ethiopia respectively, and a further 75, 000 and 450, 000 are informally engaged in activities across the sector. Both countries (Ethiopia and Kenya) export more than 65 per cent of their textile products to the United State and the European Union. Further down the supply chain, falling demand has translated into a 26 per cent fall in cotton prices since December 2019, with knock-on effects for cotton farmers in Benin, Burkina Faso, Mali and Zimbabwe.

Tourism and air transport are critical sectors of Africa’s economy. They employ vast numbers of people directly (6.2 million jobs in air transport) and indirectly. All these jobs are now at risk.

The $1.3 billion export tea industry in Kenya directly and indirectly affects an estimated 3 million–5 million people. In Ethiopia, an estimated 4 million smallholder farmers grow coffee, and in Uganda, 500,000 households depend on coffee farming excluding others along the value chains. A downward trend in demand pressure has already reduced prices for coffee and tea (in particular for out-of-home consumption) in the major import markets, such as the United States and the European Union

Cocoa exports account for $10 billion in exports from Africa Of concern is the impact of the slowdown in the European Union, United States and United Kingdom markets, which together account for 77 per cent of African cocoa exports. Côte d’Ivoire and Ghana are dependent on cocoa exports for 39 per cent and 19 per cent of their exports, respectively. The sector involves more than 800,000 farmers in Ghana alone.

Kenya and Ethiopia are the top fresh cut flower producing countries in Africa, with total exports of close to $700 million and $200 million respectively, more than two-thirds of which go to EU markets. In Kenya, the flower industry provides employment to over 100,000 people directly and an estimated 2 million people indirectly.21 In Ethiopia the horticulture sector employs nearly 200,000 people. In March 2020, the Ethiopian horticulture industry reportedly lost $11 million potentially resulting in the layoff of 150,000 people.

Tourism accounts for 8.5% of Africa’s GDP. On a global scale, using the 2003 SARS outbreak as a benchmark, the World Tourism Organization expects 2020 global international tourist arrivals to decline at least 20-30 percent. Europe and Asia and the Pacific, which together make up 76% of all international visitor arrivals in Africa. The high share of visitors from Europe, where over 50% of all COVID-19 cases worldwide have been reported, will affect the industry greatly. It is estimated that African airlines will see a 32 percent drop in Revenue Passenger-Kilometres, resulting in a potential drop of $4 billion in revenue for airlines in Africa.

The level of assistance that is required is unprecedented. Innovative financing facilities are needed, including a complete temporary debt standstill, enhanced access to emergency funding facilities, and the provision of liquidity lines to the private sector in Africa.

NB: We will further update the post following an Online Media Briefing on the report with the UNECA – GPSDD