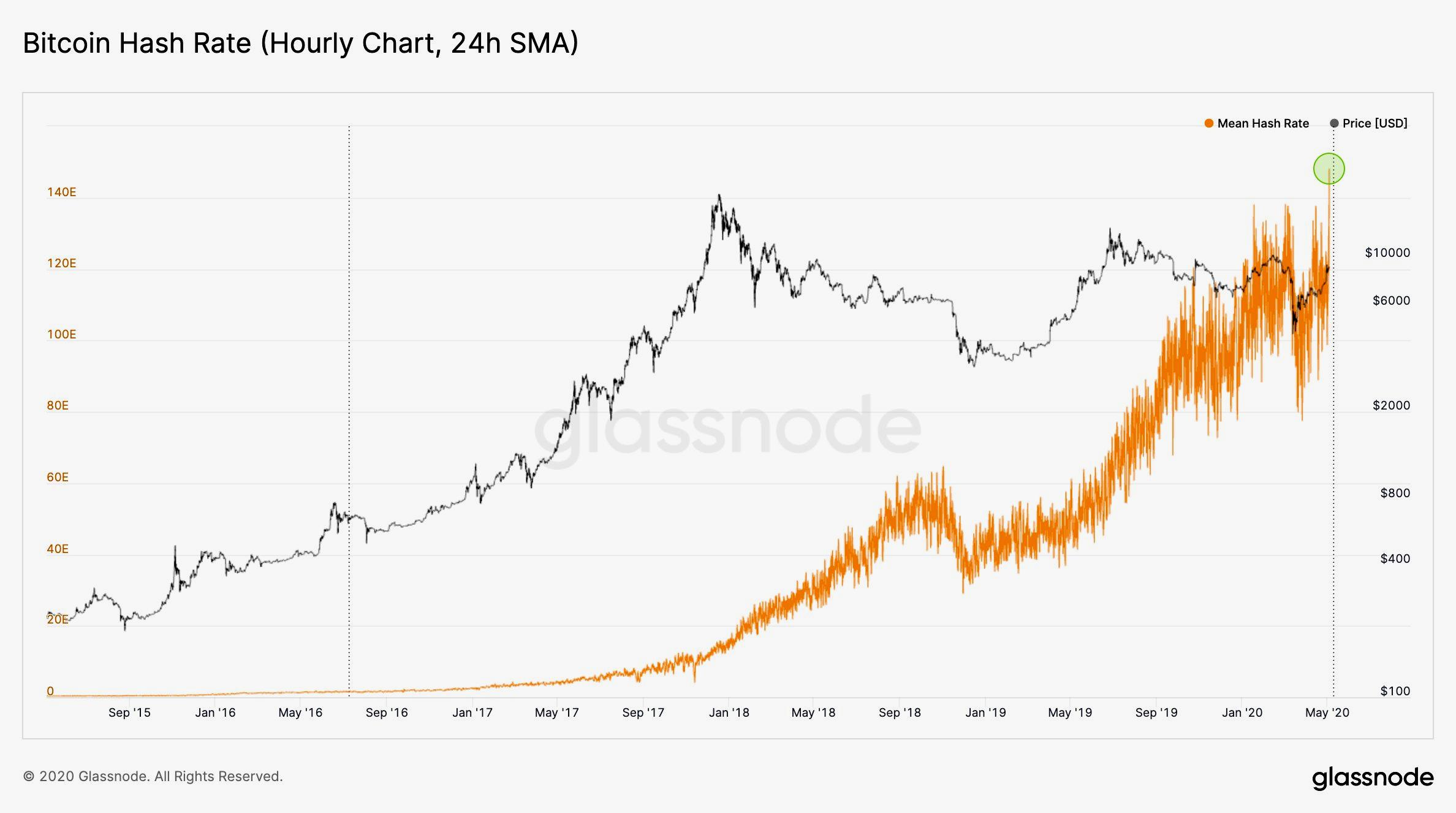 Bitcoin has set a new hashrate record of at just shy of 150 exahashes per second — 150 with 18 zeroes. This is coming less than 10 days before the 2020 bitcoin halving.

The new hashrate is now up around 50% since the start of the year.

SEE ALSO: The Reality of Bitcoin Mining in 2020 – Insights from Bitcoin Miners and the Upcoming Bitcoin Halving

The effects of the hashrate surge are already evident with block explorers registering 16 blocks mined in one hour just days ago. This is way above the six blocks per hour on average the network is used to.

There has been some speculation as to why this surge is happening now. Some of the proposed arguments include:

Breaking down the costs for miners, it is clear where this is heading.

Mining pools are already very competitive and earnings reduce over time. Mining rewards are calculated per terrahash per day.

Here are the numbers over time:

The upcoming halving is also most likely going to put smaller, less prepared miners out of business as rewards are cut by half.

According to Chun Wang, Co-founder and Managing Partner of F2Pool, the largest bitcoin mining pool in the world, controlling 20% of the collective computational energy, hashrate:

“Often, larger farms have better economies of scale and therefore are able to survive reductions in the mining reward or price volatility.”

With Binance getting onto the bitcoin and crypto mining space with the new Binance Pool, which is likely to account for about 2% hashrate market share, it will be interesting to see how these emerging mining pools affect the network and ecosystem post-halving.