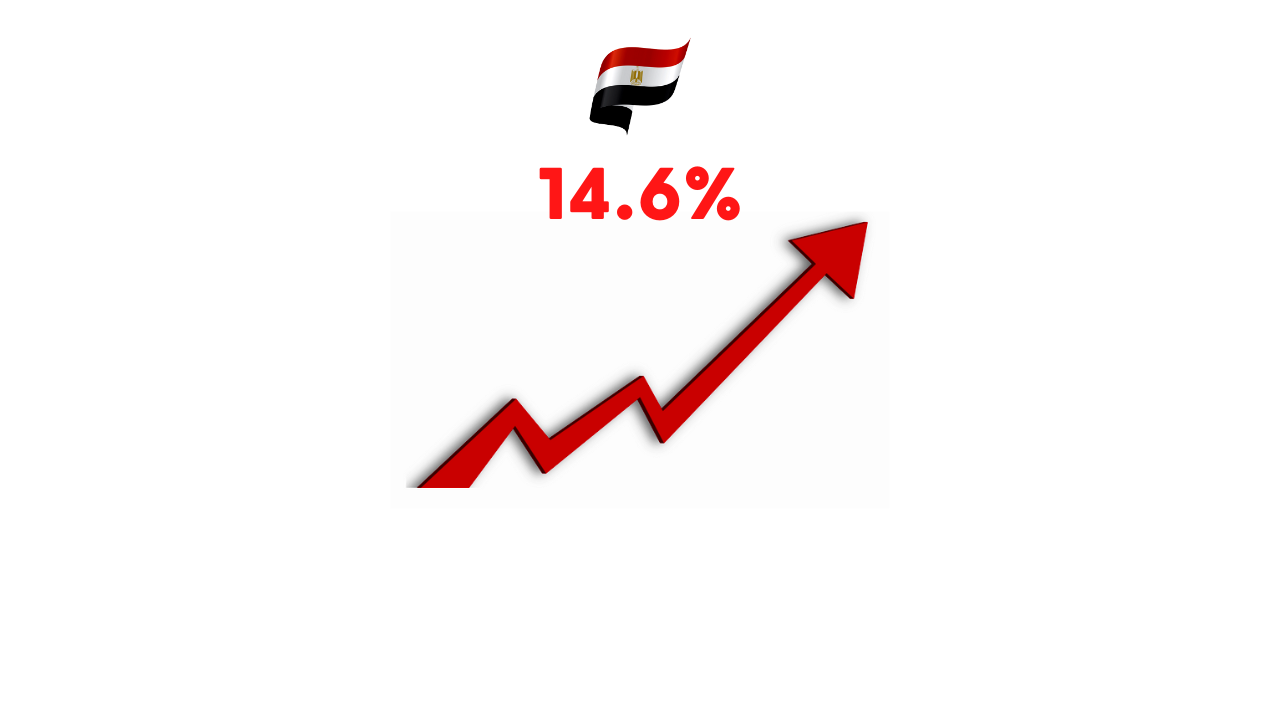 Egypt’s annual inflation rate rose to 14.6% in August 2022 driven by increasing food and beverage prices, the highest since November 2018.

While the government raised fuel prices in July 2022, it said the country is leaving bread subsidies unchanged for now. Authorities hoped to cut spending on the subsidies for Egypt’s staple food consumed by about 70% of the country’s over 100 million residents. Inflation has quickened for months, also driving up interest rates and making the country’s securities less favourable to foreign investors.

Since September 2021, annual inflation figures released every month have increased by 8% as the chart below indicates:

The local Pound, which the government devalued by more than 15% in March 2022 at the onset of the Ukraine-Russia war, has continued to fall reaching around 19.30 against the US dollar, reports indicate.

The war in Ukraine, the elevating global inflationary wave, the US Federal Reserve’s tightening policy and supply chain disruptions have affected the Egyptian economy, adding pressure on its reserves of hard currency, and the pound losing about 20% to the dollar since the war.

Reports also indicate a shortage of dollars in Egypt which is expected to increase, pushing further rises in the exchange rate if the government eases restrictions on imports.

The Central Bank of Egypt Monetary Policy Committee (MPC), which has raised interest rates by 300 basis points since March 2022, is expected to meet on September 2022 for further deliberations.

The benchmark lending rate was however maintained at 11.25% in the last two MPC sittings.