Only 1% of CIOs have Adopted Blockchain, Says Gartner Report 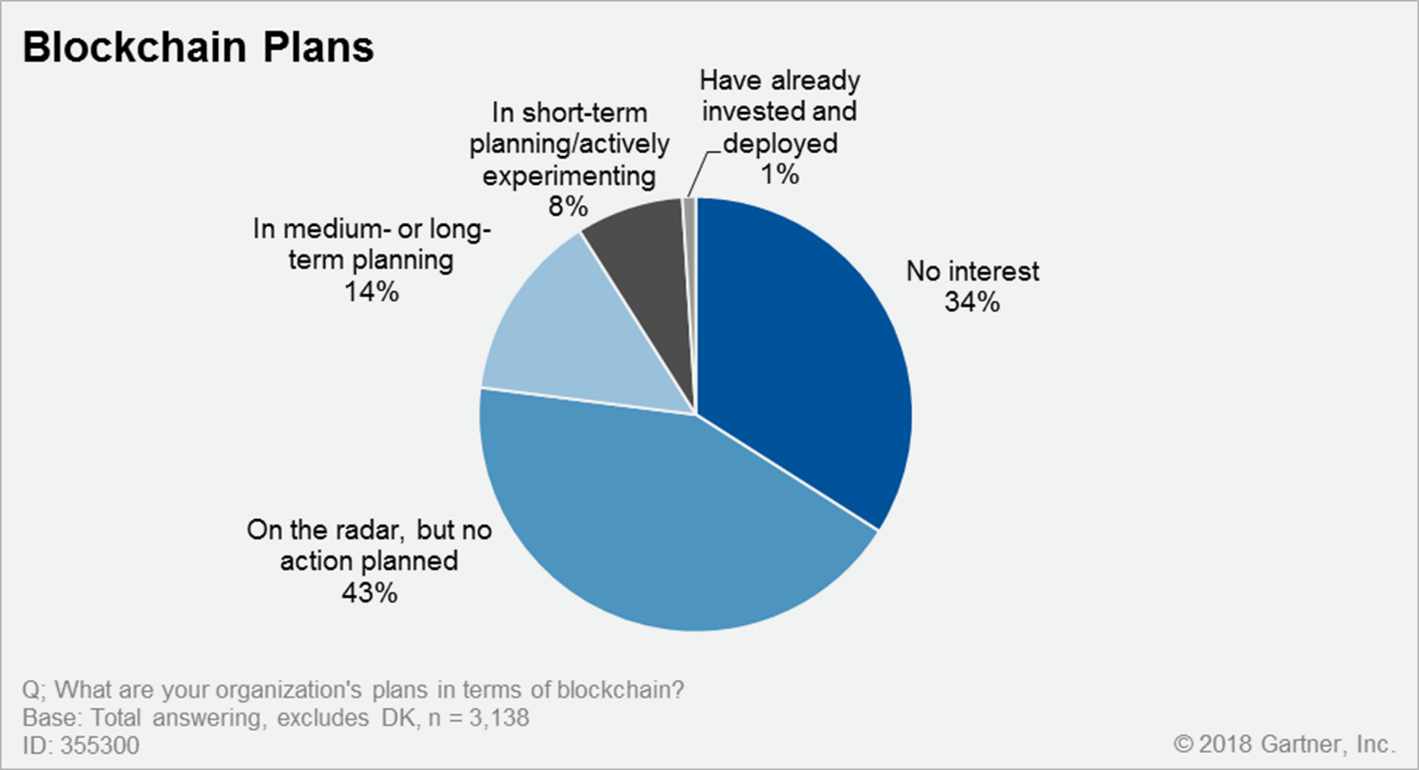 If you’re wondering why the innovative blockchain technology has taken time to pick and get adoption, the new Gartner report may just have answered the question.

According to the report, “Only 1 percent of CIOs indicated any kind of blockchain adoption within their organizations, and only 8 percent of CIOs were in short-term planning or active experimentation with blockchain.”

A Lack of Blockchain Skills

A big challenge that has been touted in the blockchain space is a lack of skills to develop and support blockchain projects. The report revealed serious gaps and a high demand for such skills.

From an industry perspective, CIOs from telecom, insurance and financial services indicated being more actively involved in blockchain planning and experimentation than CIOs from other industries.

Why Kenya Does Not Have 4.5 Million Crypto Users as Widely Reported

Here in Kenya and Africa, a blockchain knowledge gap and skillset exists with just a few organizations pushing for the adoption and education of such skills.

As acceptance and adoption of the technology grows, we can only expect the demand for education and the skillset to only go up.