Bitcoin ATMs WorldWide Now Over 6,000 with Africa Accounting for Only 14 According to Latest 2019 Stats 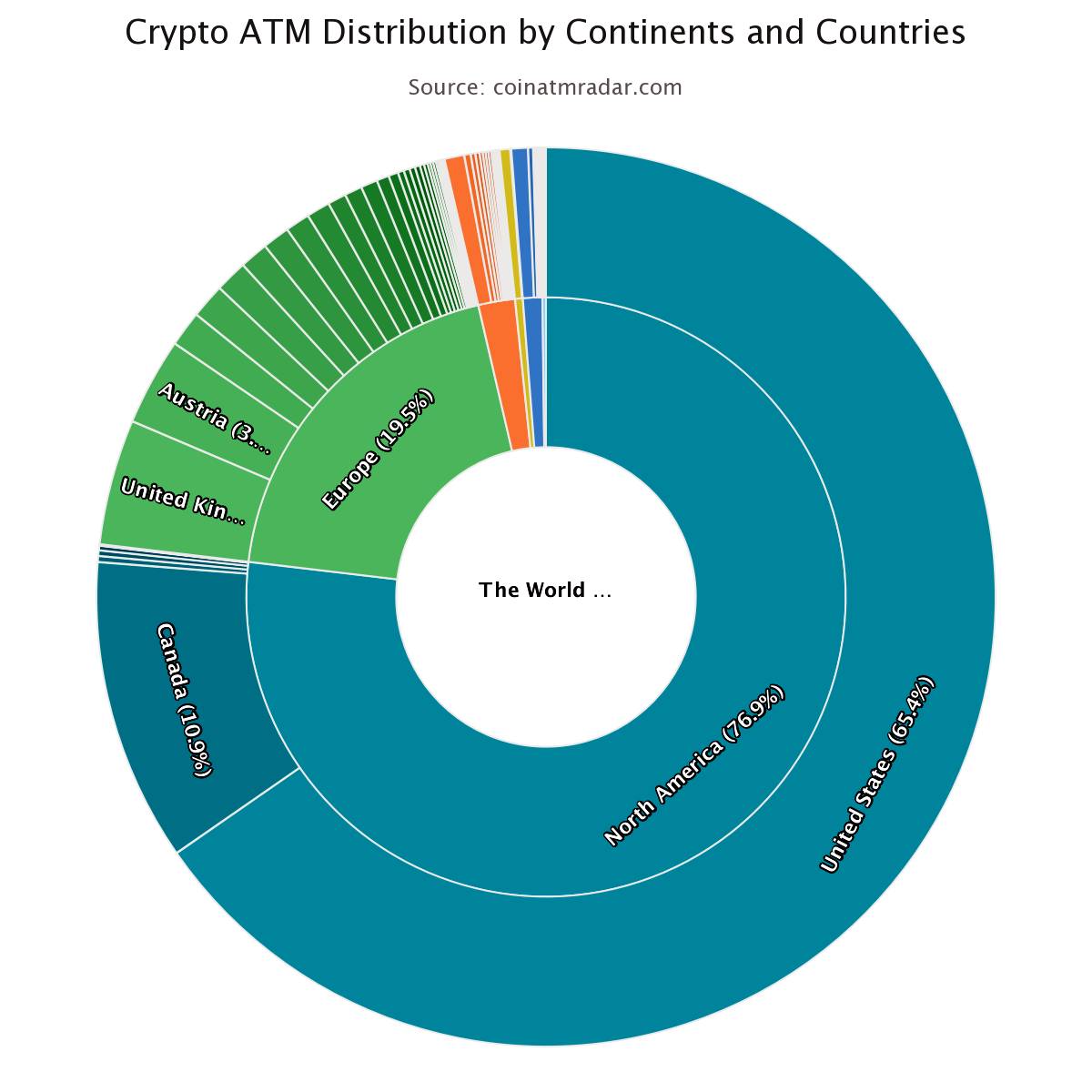 The number of Bitcoin ATMs (BTMs) installed worldwide has now surpassed the 6,000 mark, a new milestone. Africa only accounts for 14 ATMs as of 2019.

According to latest statistics by CoinATMRadar, a service that tracks the number and location of all crypto ATMs worldwide, North America accounts for over two thirds of ATMs worldwide distantly followed by Europe with a mere 20%.

Only a handful of countries in Africa have a crypto ATM as shown below:

Below is a list of the top 5 countries with the highest number of ATMs installed:

Despite the United States being a leader in BTMs, the U.S. IRS is wary of the potential tax issues associated with them and is pushing for more stricter KYC and AML for those operating them. This however, is clearly not deterring their growth and popularity.