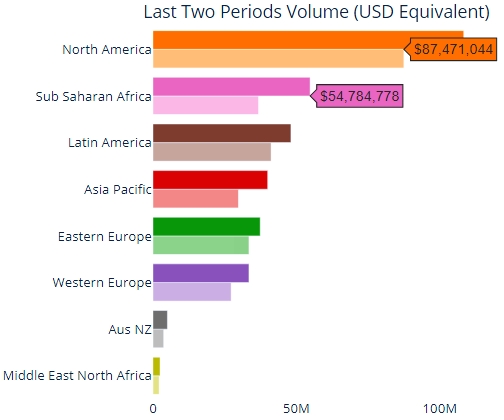 African P2P trades have continued to grow dramatically with recent stats showing the region is now second after North America in trades after toppling Latin America during the month of May 2020.

Below are the transaction volumes of the top five regions globally in P2P trades in the month of May 2020:

SEE ALSO: Africa is The Most Promising Region for Cryptocurrency Adoption, Says a New Luno Report

Among the top countries in May leading in P2P Bitcoin trades on the African continent are:

The above statistics seem to coincide with Bitcoin searches which show that Africa is leading in Google searching rankings for the term Bitcoin as shown below: Recent statistics have also shown that Africa is the fastest growing regions for P2P platforms like Paxful which now has over 1.3 million wallets (45%) from Africa alone.

A recent Luno report also said that Africa is the most promising region for cryptocurrency adoption and the May 2020 numbers seem to support this analysis.