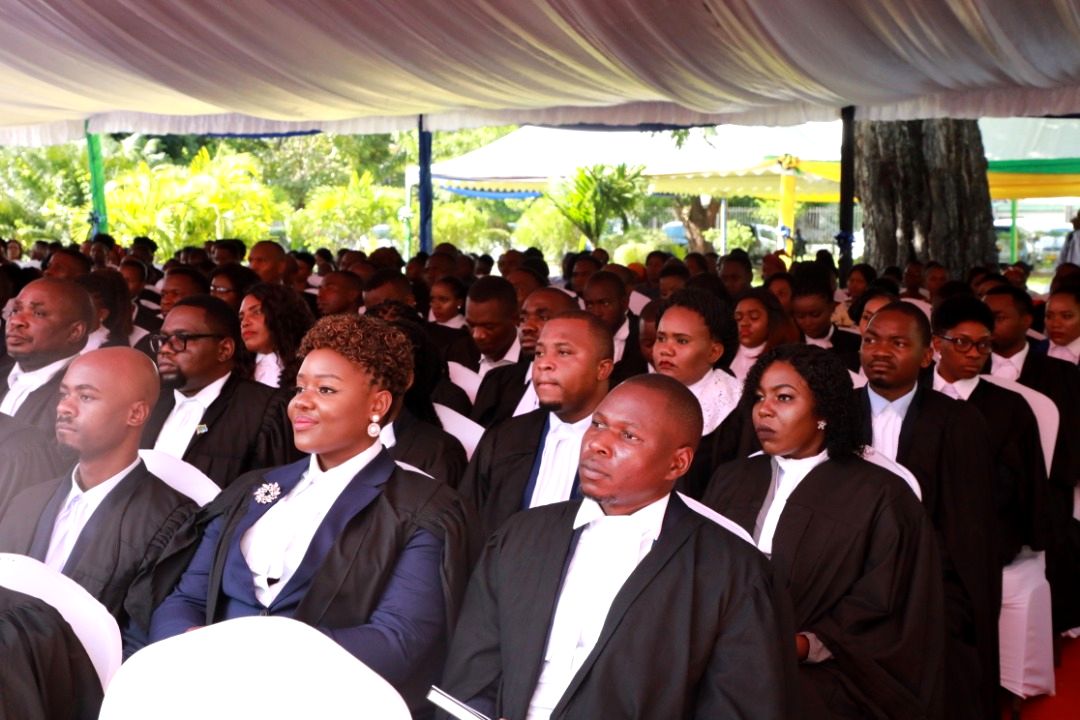 The top legal minds in Tanzania, including the top-level government officials and legal administrative bodies, have been urged to consider blockchain and smart contracts as an evolving aspect of the legal profession in the country.

This admonition was part of the key address during the 63rd class of new advocates who got admitted into the Tanzanian bar on December 21, 2020.

SEE ALSO: Central Bank of Tanzania Governor Gets a Signed Copy of the Latest Swahili Book on Blockchain

The ceremony was attended by the top legal professionals in the country that included:

“Major developments in ICT have paved the way for the Fourth Industrial Revolution to set in, as a result of significant developments in Big Data, Analytics, Artificial Intelligence, Internet of Things, Machine Learning, Robotics, Algorithms, Blockchain technology etc. which have already begun to substantially alter and even completely disrupt the nature and character of different businesses and professional practices.

These digital technologies are also changing the way the human race, works, relates or even play! While some industries and professional practices are disappearing, particularly those that are resistant to change, new industries are being created and a variety of new products and services come off the stream.”

Ami also highlighted 4 key technological deelopments that are fast creating new opportunities and challenges in the judicial and legal practices. These are:

In light of the above, the ambassador highlighted how blockchain smart contracts come into play amid this changing legal landscape:

“It is clear that DATA has already turned out to be the new raw material of the information age and everything revolves around the manner in which DATA is being collected, processed, stored and deployed.

As a result, new products and services are beginning to appear in the legal services of some jurisdictions based on Data. For instance, the emergence of “Smart Contracts” which are self-executing as the terms of the agreement between, for instance, a buyer and a seller, are written into lines of code which exists in blockchain, for purposes of transparency, security and privacy. These can be partially or fully executed or enforced, without human intervention, based on the application of Artificial Intelligence.

In some jurisdictions, when the conditions are met, a product is released or payment is made and no one, including courts of law can stop the performance of such Smart Contracts. Of course, should there be a
dispute, a remedy may lie in the law of unjust enrichment!

At the same time, it should be noted that, full and wide scale application of Smart Contracts would also have to be backed up by a legislation that would impose or develop a body of law that would decide on how to allocate liability in the event of system failure, such as in the use of digital currency. There would also be a need for international cooperation to establish agreed rules of private international law and also harmonized regulation.”

A recently published Swahili book on blockchain by Tanzanian author, Sandra Chogo, highlighted different ways on how blockchain can be applied across the different industry sectors.

The Tanzanian President, John Magufuli, has also reiterated his government’s commitment to the adoption of 4IR technologies in Tanzania by prioritizing ICT innovation, broadband internet usage, and mobile phone usage, over his second tenure.

All the above efforts are a clear sign that Tanzania is determined to be at the forefront in adoption of these emerging technologies, including blockchain, on the African continent.