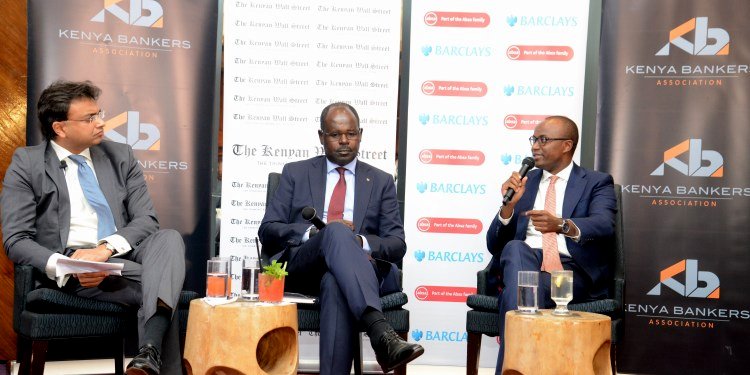 Kenya is overbanked, according to a Kenyan bank executive speaking during a bankers’ discussion that included Barclays Bank Kenya and the Kenya Bankers Association (KBA).

“I think Kenya as an economy can be underwritten by fewer banks. We probably need five to six major banks that control 60 percent of the market share and ten to fifteen niche players. The niche players must exist. They serve very specific market segments.”

According to Mr. Muthui, there is one bank for every one million Kenyan residents. On the other hand, the picture is quite different in other more developed African states such as South Africa and Nigeria.

The recent consolidations and receivership of Kenya Commercial Bank (KCB) and National Bank of Kenya (NBK), the Chase Bank and Imperial Bank deal, and the CBA and Jamii Bora buy-outs, all of which were market driven, is only a first of many to come in Kenya as the need for scale-able digital capabilities, market power, funding costs, and lower operating costs increase.

According to the CEO of Kenya Bankers Association (KBA), Habil Olaka, smaller banks serve a very specific market segment and need to continue running. Consolidating smaller banks into larger ones in this case, might lead to a gap in servicing this specific clientele niche.

“Increased consolidation in the sector should see the formation of banks that have an adequate capital base, which will provide them with the requisite cover to partake in core banking activities, thereby catalyzing economic growth and development in the country. Furthermore, with an aggregate adequate capital cover, the banking sector will remain resilient to any internal or external systemic shocks that may affect the sector. Thus, it would be ideal for the sector to have even fewer, but stronger players.

We have maintained our position that Kenya remains overbanked when compared to other major economies in Africa, and there is the need to trim the number to fewer more stable players. Furthermore, regulation, monitoring and oversight of the sector by the Central Bank of Kenya (CBK) would be made even easier with fewer players, thus reducing cases of fraud, poor governance and malpractice.”

The report has also proposed a reduction of banks from the current 39 to about 5 through mergers, acquisitions, tender offers, and management acquisitions.

Crypto.com Cuts Over 40% of Staff and Pulls out of Major Marketing Deals as Crypto Winter Bites